Chandy has requested the prime minister to “ban gutkha products containing tobacco and nicotine in all the states of the country”. 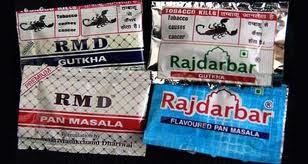 “By doing so, India will not only be able to save millions of children and youths – our productive resources of the future – but also send a clear signal of our commitment to public health,” Chandy wrote in his letter to the prime minister Sunday.

Gutkha is banned in 14 states of India and the union territory of Chandigarh. Kerala has banned pan masala and gutkha containing tobacco under the Food Safety and Standards (Prohibition and Restriction on Sales) Regulation, 2011.

Chandy said: “This is a momentous achievement as we have successfully crossed the half-way mark, and have only 14 more states and six union territories to address.”

Paul Sebastian, vice-chairman, Tobacco Free Kerala, welcomed the chief minister’s efforts to curb and control the use of tobacco products in the state.

“Everyday I come across scores of patients suffering from various types of cancers due to tobacco use,” said Sebastian, director of the regional cancer centre here.

Directors of 12 other regional cancer centres, and the heads of Indian Dental Association and Tata Memorial Hospital, Mumbai, have also made individual appeals to the prime minister and union Health Minister Ghulam Nabi Azad to ban gutkha in all states.