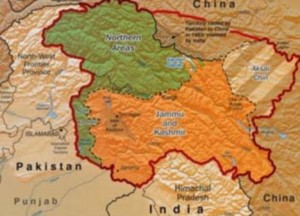 The gunfight that started in the wee hours Tuesday has ended, police here said.

During search operations, the militants opened fire with automatic weapons, triggering the gunfight.

Director General of Police (DGP) Ashok Prasad told reporters here: “The state police was tracking this group of militants and with the assistance of other security forces we have been able to neutralize them today.”

Prasad also said the group was planning to carry out a major militant strike. Asked whether the strike was intended to be carried out in Srinagar, the DGP said: “The main focus of militants is always Srinagar.”

Inspector General of Police S.M. Sahai, who visited the encounter site, described the elimination of these militants as a major success in the fight against militancy in north Kashmir.

Last week security forces had killed three militants in the Cherhar forests in the same district.

Sopore, traditionally seen as a stronghold of separatist elements in the Kashmir Valley, was upgraded as a police district in January 2010 to fight militancy in the area.