Bilateral trade between India and Israel has gone up from a mere $120 million to $5 billion since the two nations formally established relations in 1992, but as president of the Israel-India Friendship Association (IIFA) she sees a much higher potential. 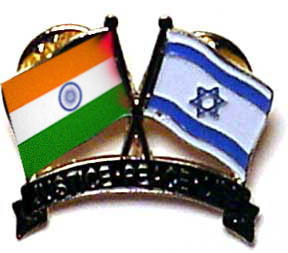 “I want to show the beauty of India to the world,” says Bernstein-Reich, who serves as co-producer of the “Bharati Show – The Wonder that is India”, a Bollywood style show that has gone all around the world over the last several years.

She also runs a five-session course on doing business with India with a Hindi class and bits of history, politics and culture thrown in.

There Israeli business people learn to say phrases like “Kya haal hai?” (How are you?), “Phir milenge” (See you later), the meaning of things like “Diwali, Ganesh and Bindi” and even the Indian craze about the game of cricket.

“Once they understand culture they can do business,” Bernstein-Reich tells a group of visiting Indian and Indian-American journalists and policy leaders as she lists a wide range of areas that can take Israeli-Indian trade to a projected $15 billion in a few years.

Dan Catarivas, director of the division of foreign trade and international relations at the Manufacturers Association of Israel and a former government official, agrees seeing “much more potential” in the India-Israel-US trade relationship, particularly in the area of high technology.

Noting that Israel was in the process of negotiating a Free Trade Agreement with India, Catarivas said while transfer of technology to China was fraught with risks because of US restrictions, there was no such danger in working with India in hi-tech and IT areas.

Yudilevich, a former head of the missiles division at Rafael Advanced Defence systems, the Israeli authority for development of weapons and military technology, who played a key role in the development of Israel’s famous Iron dome, suggests the Singapore model for hi-tech trade with India.

This would have military cooperation spilling over or providing a spin-off in civilian areas, he says, noting that the Israelis were keen on going to India, shopping for partners there as long as the Americans don’t mind.

Currently India is the largest customer of Israeli military equipment and Israel is the second-largest military partner of India after the Russian Federation. The military business between the two nations is worth around $9 billion.

Diamonds are another area of major trade between the two nations, but there is great scope for expansion in areas of agriculture, solar energy, energy, water treatment, desalination, clean technology and much more.

The only problem is their business culture, says Bernstein-Reich. While Israelis come straight to the point, Indians like to negotiate endlessly and reopen settled issues, she says and thus advises her clients: “Leave some room for bargaining.”