Shimla: Astounded with the prevailing prices of essential drugs, including life saving ones, the Himachal High Court in a public interest litigation took the state authorities and pharmaceutical companies to task for permitting drawing of huge profits at the cost of poor patients.

In his petition Amandeep Chauhan drew the courts attention to the different kind of prices being adopted by chemist shops, including fair price shops run by government agency HP State Civil Supply Corp. The petitioner sought directions for formulating a uniform drug policy and for regulation of retail prices of drugs. 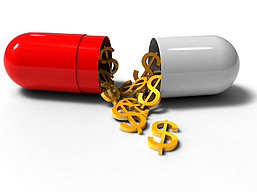 The division bench of Justice Deepak Gupta and Justice Sanjay Karol after examining evidence produced in shape of cash memos and copies of original medicines observed, “such an increase shocks the judicial conscience —— It only shows that at the cost of poor patients huge profits are being made.”

The judges observed “the salt is the same. The drug is commonly manufactured. There is no patent with regard to the drug. No research and development (R&D) is involved in the manufacture of such a drug. Therefore, the price difference is astounding and mind boggling.”

In the case of Lowcap 60 mg injection, manufactured by Samartha Pharma, the judges noted that it was sold by HP State Civil Supply Corp at IGMC retail store for about Rs 700 after imposing VAT on the maximum retail price print of Rs 638 but the same injection when bought at a private chemist shop near IGMC cost Rs 225 after an VAT charge of Rs 5 was levied.

The judges noted that a price of Rs 700 and Rs 225 for the same injection at two places near IGMC indicated “that the maximum retail price on the pack is being fixed without taking into consideration the cost of the medicine. It is obvious that the private chemist has also made some profit while selling the injection”

Expressing shock the judges pointed out that these government run fair price shops “were actually selling medicines at rates much higher than those at which the same medicine was sold by a private chemist.” 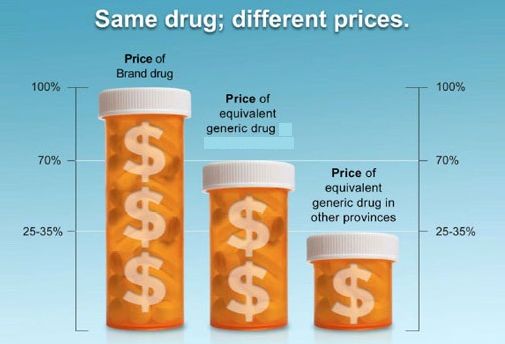 About commonly prescribed antibiotic Amoxycillin with Clavulinic acid the court recorded that Abott India was marketing the drug with the same potency and same quantity under two different brand names.

About the drug Ceftriaxone the court observed it was a “shocking case of a pharma company trying to market the same drug at two different prices. prima facie conclusion which we can draw is that the manufacturer has set up two brands only to ensure that the policy of prescribing generic medicines does not achieve its desired results.”

The drug manufactured and marketed by Lupin India at Baddi, when sold as Cefaxone 1g was priced Rs 27.92 but when marketed by Endeavour, a division of Lupin, the drug sold as ECef 1g the price was Rs 74.18, a threefold increase. Both medicines were available with Civil Supply IGMC store.

The same drug manufactured by government undertaking Bengal Chemicals and Pharmaceuticals Ltd sold in its generic name in the Jan Aushadhi shop at IGMC but was priced Rs 37.50.

“It is obvious that to defeat the purpose of prescribing generic drugs, the pharmaceutical companies are now selling the same drug under different brands and pricing them both below and above the price of the generic drugs, observed the judges.

The court questioned why different brand names were being used to sell the same medicine. The judges also noted that the same drug when manufactured by Hetero Drugs Ltd and marketed by Gen X Pharma was priced Rs 48 but was bought for Rs 44.64.

Not just for the poor but even the educated would not be able to pierce this veil of mystery about pricing of drugs that pharmaceutical companies have drawn, the judges pointed out.

Holding that pharma companies were entitled to earn profit, the judges said, but the profit should be reasonable profits. They cannot be permitted to rake in huge profits on account of the misery of the poor, uneducated.”

The court observed ‘the medicine has not connection with the cost of the drug to the manufacturer’ and suggest that the whole sale price of the drug should also be depicted on the packing.

Holding that freebies to medical practitioners was unethical and had been prohibited, the judges referring to another case pointed out that a petition by pharmaceutical  industry for permitting such expenses to be deducted while calculating taxes  was struck down as it could not be claimed as business expenses.

The court observed that at the five Jan Aushadi shops set up in Himachal to provide quality, branded and generic medicines there were only 319 items available and only had 14 essential medicines available.

The committee has been asked to prepare a report by 10th January, when the case is listed for its next hearing and have asked for notices to be served to state government officials and some pharmaceutical companies as respondents.