New Delhi: The Congress appears to have an edge over the BJP in sweepstakes to form the next government in Himachal Pradesh, according to the outcome of exit polls released yesterday.

The result of exit polls from Himachal Pradesh are expected to come as a relief for the Congress amid their predictions that Gujarat will again go the BJP way with a third consecutive win for Gujarat Chief Minister Narendra Modi. 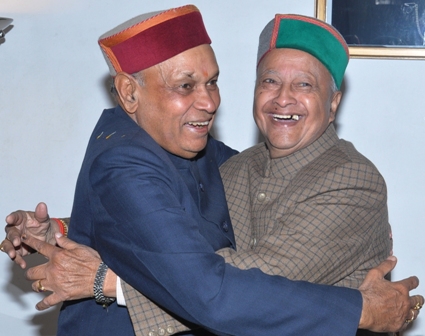 According to an exit poll conducted by C-Voter, the Congress will get 30 to 38 seats in Himachal Pradesh while the ruling BJP will win 27 to 35 seats.

A party needs 35 seats to form the government in the 68-member Himachal Pradesh assembly. The elections were held in the state Nov 4. Results for both Gujarat and Himachal Pradesh will be out Dec 20.

The CNN-IBN-The Week post-poll survey showed the two parties locked in an intense fight with both expected to win between 29 and 35 seats each in Himachal Pradesh. Others, including independents and smaller parties, are expected to win between two to six seats. It said the Congress is set to get 41 percent votes while the BJP will get 40 percent.

The survey said price rise was the main concern of voters.