Shimla: This is the second article of ‘Know Your MLA’ Series. Read first part here.

The senior most MLA of the state is Vidya Stokes (84) from Theog whereas the youngest MLA is Yadvinder Goma (26) from JaisinghPur constituency. Goma is an engineer who graduated in the year 2009.

Eleven out of 68 newly elected MLAs are non-graduates, where as a good number of MLAs is from engineering background.

B.K. Chauhan elected from Chamba is a former I.A.S Officer and Dhani Ram from Solan is Doctor of Philosophy (Ph.D.) 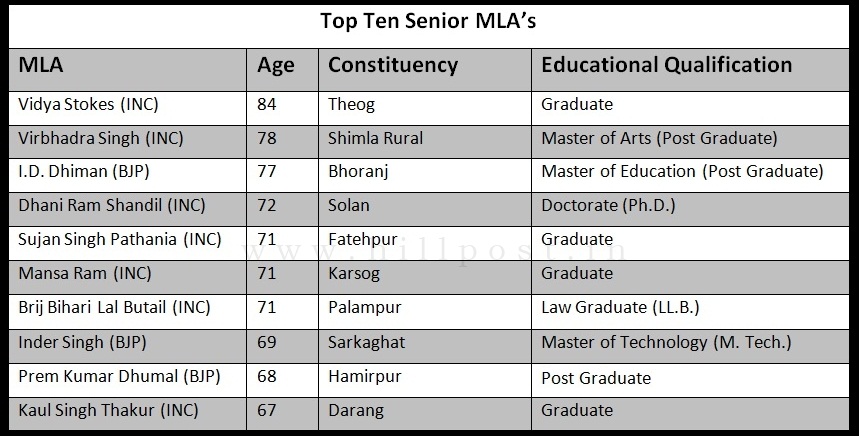 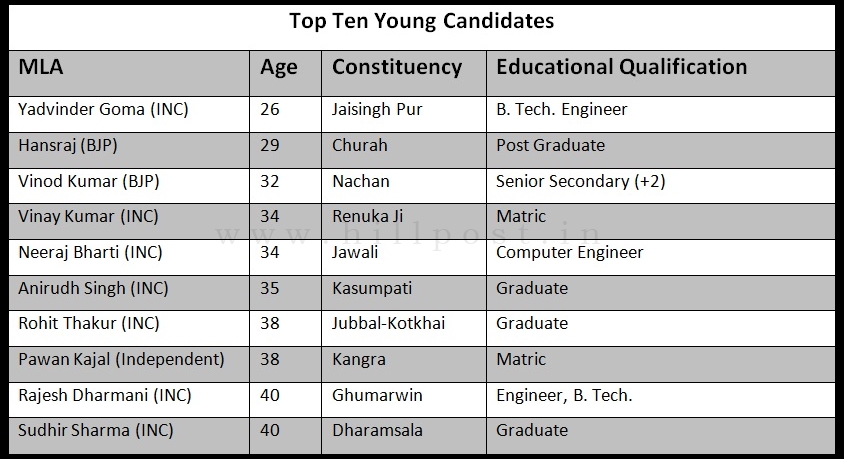 However, even after leading the Congress to victory in the Himachal Pradesh assembly polls Thursday, the sailing may not be smooth for Congress Party.