Srinagar: Four Lashkar-e-Taiba (LeT) guerrillas were killed today in a gunfight with the security forces near Sopore town in Baramulla district of north Kashmir, police said. 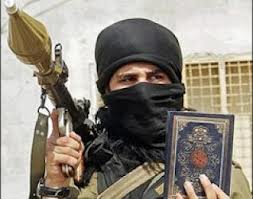 “In a major success against militants in north Kashmir, four militants were killed in an encounter today (Tuesday) in Saidpora, Sopore,” a police statement said here.

“SP (superintendent of police) Sopore, Imtiaz Mir said police received an input regarding the presence of armed militants in Saidpora. A joint operation was launched by Sopore police and 22 RR in the early hours today.

“Four militants have been killed in an encounter so far. The identity of the slain militants is being ascertained. However, initial investigation has showed that the militants belong to LeT outfit,” the statement said.

The gunfight ensued after the security forces surrounded two houses in Saidpora village, two km from Sopore town in the district, following information that a group of guerrillas were hiding inside.

“Inspector General of Police, S.M. Sahai, who visited the spot, described the elimination of these militants as a major success in the fight against militancy in north Kashmir. He said it is a group that recently moved from north Kashmir, as LeT was depleted in Sopore,” added the statement.

Last week, security forces had killed three guerrillas in the Cherhar forests in the same district.

Sopore, traditionally seen as a stronghold of separatist elements in the Kashmir Valley, was upgraded as a police district in January 2010 to fight militancy in the area.