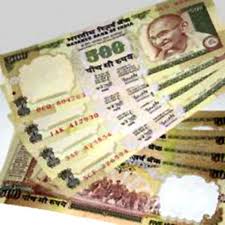 New Delhi: Countering the government claim that passing the amendments to the Foreign Exchange Management Act (FEMA) in one house would suffice to make them effective legally, the BJP Monday said it was necessary that these be passed by both houses.

The opposition Bharatiya Janata Party’s reaction came a day after Parliamentary Affairs Minister Kamal Nath, in an interview to a television channel, said passage of the FEMA in one of the two house would be sufficient.

“What is the need of two houses if one house was sufficient? This is disregard of parliament,” BJP leader M. Venkaiah Naidu said.

“Parliament is made up of both Lok Sabha and Rajya Sabha. Both are equally important. The parliamentary affairs minister must have some information about parliament,” Naidu said.

The FEMA needs to be amended to allow FDI in multi-brand retail.

The amendments have been made by the Reserve Bank of India, but will need the nod of parliament before they are finalised.

“If one house has passed it, it passes. It does not need both houses to pass it. That’s what is prescribed in the rules,” Kamal Nath said in an interview to Karan Thapar on CNN-IBN’s programme, Devil’s Advocate Sunday.

The ruling United Progressive Alliance (UPA) has a majority in the Lok Sabha, but is short of numbers in the house of elders.

The BJP accused the government of putting the CBI to work to garner support in parliament.

“Closed-door activities are taking place. They have the CBI on their side. They (CBI) are in action again, managing support for government. That is our information,” Naidu said.

Asked about another statement from Kamal Nath that the government has the numbers, Naidu said: “If they had the numbers, why did they waste parliament’s time?”

“The vote on FEMA will be the acid test for all political parties who were in the Bharat Bandh against retail FDI. It will show who stands where,” he added.

The Lok Sabha will start its debate on FDI in retail Tuesday, which will end with voting. Voting on the FEMA amendments is pending. It has been tabled in the Lok Sabha.

The FEMA was passed in the winter session of parliament in 1999 to replace the then Foreign Exchange Regulation Act (FERA) after it became incompatible with liberalization policies of the government undertaken since 1991.