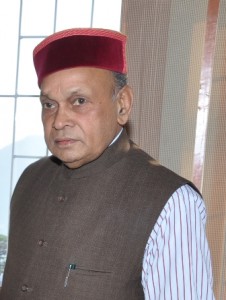 Shimla: With BJP’s mission repeat having fallen on an unimpressed electorate in Himachal Pradesh, chief minister Prem Kumar Dhumal today submitted his resignation before Governor Urmila Singh, after holding poor selection of candidates as one of the main reasons for the party defeat in the assembly polls, the results of which were declared yesterday.

“Soon after the results were announced, I submitted my resignation to the Governor,” said Dhumal.

“The party will deeply introspect the reasons for the defeat but one of the main reasons was wrong selection of candidates,” he added.

From a majority strength of 43 members in a house of 68 legislator, yesterday’s poll count reduced BJP to a minority of 26, forcing it to cede power to opposition Congress who won on 36 seats.