Washington: As the global centre of economic growth moves to Asia, India has captured the attention of developed economies looking for new investment and trade opportunities, says a new report. 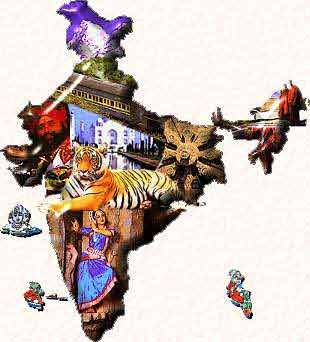 Noting that recent growth in India has also emanated from a number of under-examined sectors other than information technology (IT) sector, it says, the Indian economy will need to continue to diversify in order to propel its development

And the US will need to pay close attention to all aspects of these changes in order to sustain strong bilateral economic ties, says the report by Wadhwani Chair in US-India Policy Studies at the Centre for Strategic & International Studies (CSIS).

There is arguably no sector more critical to India’s future growth than energy, says the report, with a chronic energy shortage, inadequate infrastructure, and an insatiable demand coupled with environmental concerns.

Vikram Mehta of the Shell Group of Companies (India) stressed that India must find a way to handle a surge in energy demand, highlighting that technology is underutilised, the environment is threatened, and New Delhi has an inadequate policy framework through which to address these issues.

Rajiv Lall of the Infrastructure Development Finance Company used the term “infrastruggles” to describe the obstacles facing the private sector for the delivery of infrastructure-related services.

John Flannery of GE India suggested that governments should view infrastructure as a top national priority after national security. Innovative, efficient infrastructure enables many other vital sectors to flourish.

Indian health care industry’s biggest challenges include ramping up capacity to serve hundreds of millions of citizens and a growing incidence of non-communicable diseases, according to Prathap Reddy of the Apollo Hospitals Group.
.
India’s National Manufacturing Policy plans to increase the sector’s share of GDP from 16 percent to 25 percent, including creating 100 million new jobs.

Explaining how India can accomplish this, Arvind Goel of Tata AutoComp Systems referred to a number of policy instruments, including the recent creation of National Investment and Manufacturing Zones, zones in which state and central governments modify regulations on difficult issues in order to encourage greater manufacturing growth.