Dehradun : A lot of stress has been laid on providing quality education to the children as they are the future of the country. But in Uttarakhand, where governance and administration have reached the lowest ebb ever, a fourth grade employee was found taking classes as none of the five teachers, including the principal, were present at the school.

The incident relates to the Govt Girls School, located at Araghar, which is in the heart of the city and not at some remote outskirts. The incident came to light when the Chief Education Officer, S P Khali undertook a surprise visit to the school. But it was he was in for a surprise, as he found the class four employee taking the classes in the absence of the teaching staff. 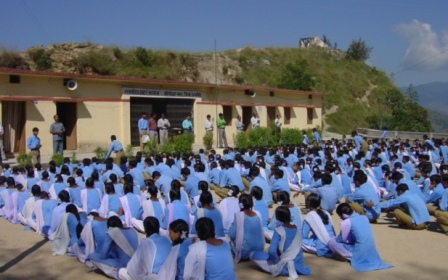 In his inspection he found that while two of the teachers were on medical leave, a third teacher was on casual leave, while another had gone on BLO duty. But surprisingly the principal of the school, had not taken any leave but had been abstaining from the school for the last over couple of days without informing anyone, or bothering to know how the classes were functioning.

With such state of affairs in the government run schools in this small mountain state, and that too in the heart of the state capital, one shirks to think of the affairs prevailing in the far flung and mountainous areas of the state, where hardly any inspection, worth the name is done because of the distances and terrain involved.

In Pauri district of the state, it was found that in the last decade the state government was forced to close down as many as 56 schools, because of the parents preferred to withdraw their children, rather than have them studying there. And this is when Pauri is a hill district where villagers want schools nearer their homes, so that the children do not have to trudge long distances.

There were as many as 1698 primary schools in Pauri district about a decade back, but their numbers today to about 1642. The major reason for this is that the number of children attending these schools came down to zero in a number of the schools, while in some it was not even in double digits. To keep some of the schools going, the government clubbed the children of two or three schools so that at least one school would remain operational.