New Delhi: With no breakthroughs in the first week of the Doha climate talks on extending the Kyoto Protocol, Indian industry lobby CII Monday called for starting the Protocol’s second commitment period and resolving issues of converting targets into “quantified emission limitation and reduction objectives” (QELROs). 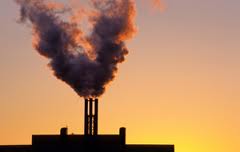 The Kyoto Protocol is the world’s only legally binding regime that ensures emission reduction by developed countries, and for governments meeting at Doha this week key issues include length of the second commitment period, QELROs, and legal formulation of amendment to the Protocol.

The United Nations Climate Change conference is being held in Doha, Qatar from Nov 26-Dec 7.

With no breakthrough during the last week, some progress is expected this week with several ministers joining the negotiations from Monday.

The Confederation of Indian Industry, which has sent a delegation to Doha from Dec 2-5, said in a statement: “Decisions regarding the Kyoto Protocol as well as clarity on the sources of funding and scaling up the finances available to developing countries are expected to be the key deliverables of this meeting.”

“Governments have reiterated their commitment to craft and operationalise mechanisms to implement the decisions that were taken in Durban (climate talks in 2011). This is clearly good news and will ensure that the climate negotiations at Doha will put the wheels in motion for a new chapter in international climate change negotiations,” it added.

CII also hoped for greater clarity in disbursal of money from funds like the Green Climate Fund (GCF), which entails long term commitments of $100 billion to facilitate investment in low carbon projects that provide a positive return on investment.

Recognising that business has a critical role to play in transition to a low carbon economy, CII said the work requires access to technology and investments and that the Doha talks would hopefully provide “clarity on these key issues”.