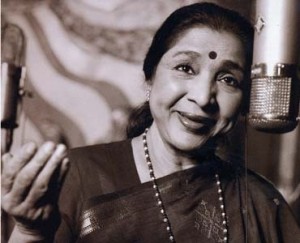 Mumbai: Asha Bhosle represents the wondrous spirit of human resilience in all its sonorous splendour. Within less than two months of her daughter’s death, the singer has pulled herself up and has found solace in music.

Asha’s only daughter Varsha committed suicide on  Oct 8 and ever since the veteran singer had been lying low. In fact, friends and family say she had gone into depression, which apparently gripped her with frightening intensity.

However, thanks to music, Asha has gradually begun to heal and become emotionally healthy.

“If it wasn’t for music, the tragedy would have destroyed her. Ashaji has immersed herself completely into music,” a source close to the singer said.

“She has again started doing riyaaz religiously every morning and evening like an eager student of music. It has helped her to regain her composure, given her hope, strengthened her resolve to carry on,” the source added.

She now plans to hold a comeback concert in January, which would be dedicated to her daughter Varsha.

Moreover, the veteran singer’s debut film “Mai”, which was delayed because of the bereavement, is set to hit the screens in January.

“Ashaji has completely submerged her grief in her music. She sounds better today than she did six months ago. It’s a miracle. But then she is a very strong woman,” said the source.