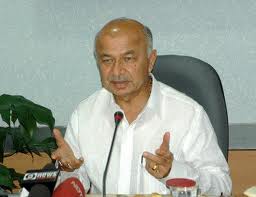 “He should not have said it… If he thought the protest was genuine he should have gone there to meet the protestors,” Anita Ghai, a teacher at Delhi’s Jesus and Mary College, told IANS.

However, Shinde downplayed the criticism saying the government was not supposed to go anywhere.

Supporting the home minister, Congress leader Sandeep Dikshit said: “I would not comment much. Perhaps what he wanted to say was ‘how am I to deal with this’. He is more embattled by handling the situation.”

Kalpana Vishwanath from voluntary organisation Jagori said the government should listen to people.