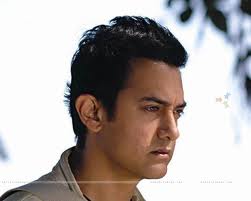 “It automatically speaks something about the content of the film. He is someone who is known to attach himself to a film that has a serious story to tell and something new to share with people,” the 38-year-old said here Monday at the success party of the film.

“He is known to do that and when he attaches himself to a movie like ‘Talaash’, it automatically sends out a signal to the people that there must be something interesting going on in the movie,” he added.

Besides playing the lead as Inspector Surjan Singh Shekhawat, Aamir was also the co-producer of “Talaash” along with Farhan and Ritesh Sidhwani.

Farhan, however, accepts that Aamir’s celebrity status is also a major reason why people come to watch a film.

“This is completely apart from his celebrity status. That of course brings in numbers and it brings a lot of people wanting to watch him as fans, but also, I think it brings in a certain credibility to a project,” Farhan said.

Farhan also wrote some dialogues in the film, while his sister Zoya co-wrote the story along with film’s director, Reema Kagti.