Mexico City: Researchers have discovered 4,000-year-old spearheads and other artifacts at a site in the northwestern state of Sinaloa, Mexico’s National Institute of Anthropology and History said. 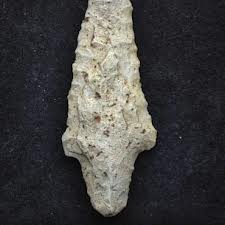 The find “will change the chronologies of the antiquity of human settlement in the northwest of the country”, archaeologist Joel Santos Ramirez said.

The items reflect a rudimentary technology also seen in artifacts from the US Southwest, from what is now the central Mexican state of Puebla and in some desert regions of northern Mexico.

Archaeologists found the spearheads at a site they dubbed La Flor del Oceano, 50 km north of the Pacific resort city of Mazatlan and near a set of rock engravings known as Las Labradas.

The spearheads turned up in the course of search for where the makers of the rock engravings lived, said Santos, the director of the Las Labradas project.

Along with the spear-points, researchers discovered knives and tool fragments, he said.

The distribution of the artifacts would indicate the presence of temporary encampments and a workshop, Santos said, while acknowledging that the team still doesn’t know if the items belonged to the creators of Las Labradas.