Dehradun: Elephants in the forests of Uttarakhand have been known to fall to poachers, tusk smugglers, die of old age or in fight for a mate, but, now they are dying also because of hooch that the villagers bury for fermenting.

Though the department officially termed the death of a pachyderm in Haldwani district of this small mountain state, due to dehydration, but it was reliably gathered that the elephant consumed a whole container load of the hooch, got drunk and fell down into a ditch and died. 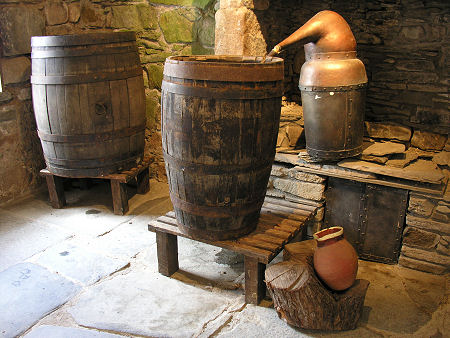 Informed sources said that the elephant was apparently thirsty and as the nearby waterholes in the forest had dried, it ventured into the nearby Chakpur village in search of water to quench its thirst, but stumbled upon a large container that had been buried by some villager to make hooch.

Taking it to be water, perhaps a bit smelly, the pachyderm had his fill and started walking back to the forest. But the hooch got the better of his nervous system and the huge animal first staggered unsteadily before it stumbled into a ditch and died.

The villagers reported the dead animal to the forest staff, who took their time to reach the spot and declared that the animal had probably died of dehydration and thirst in search of water. But when the forest staff got suspicious they decided to send the body for post mortem.