Earlier Aung Suu Kyi, who along with her husband Michael Aris were a resident scholars at IIAS in 1987, delivered the Nehru Memorial lecture. 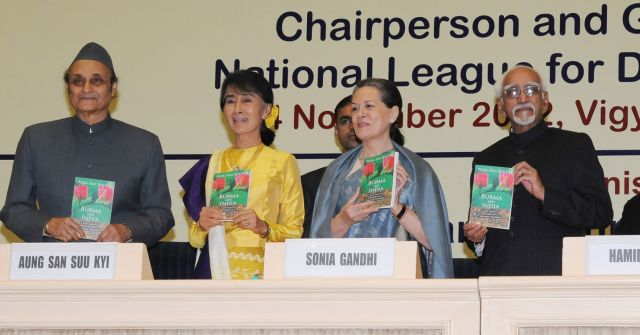 Manuscript of the book was submitted after completion of her fellowship and IIAS had first published it in 1990.

On joining the institute in December 2007, IIAS Director Peter Ronald deSouza had found that the book was an important output of the Institute and had somewhat been forgotten with the passage of time.

Since Daw Aung San Suu Kyi has emerged as one of the greatest crusaders and icons of non-violence and peace it was important that the new generation got a chance to know her philosophical and moral frame.

It was through the efforts of the Ambassador of India to Burma that Daw Aung San Suu Kyi could be sent the re-typed and proof-read version of her book to make the necessary changes which she did.

She also chose the cover design from new edition of the book and the institute brought out the book at short notice to coincide it with the function of delivering the prestigious Nehru lecture.

The book describes the varying responses of India and Burma during British colonialism, responses which reflect the changing social structure and character of the two societies.

It also discusses the Buddhist influence from India on Burma and the inability of Burmese society to resist the colonial onslaught in contrast to India which developed a more substantial response.

The book presents an interesting comparative study of intellectual life under colonialism in the two countries.