Shimla: After hectic campaigning to woo the electorate ahead of the Nov 4 assembly elections, prospective candidates are asking families of military and paramilitary personnel in the state to ensure the timely return of ballot papers through post.

Officials of the election department say that of the total 4,608,359 electors in the state, over 74,000 defence personnel are posted across the country. 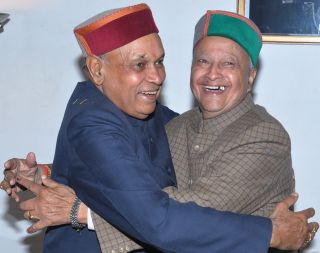 The department has sent them postal ballots and these should reach the respective returning officers by 8 a.m. Dec 20, the day votes will be counted.

Chief Electoral Officer Narinder Chauhan said that a majority of postal ballots are yet to reach the returning officer concerned.

“Most the candidates have been reaching out to the families of the defence personnel and pursuing them to ensure timely return of the ballot paper,” the sources said.

Some candidates, they said, have contacted the security personnel on the phone.

Political observers say the candidates — mainly of arch-rivals Bharatiya Janata Party (BJP) and the Congress — are anxious this time as they believe there is a neck-and-neck contest.

Moreover, rebels from both the parties, who are in the fray as independents, are likely to upset poll calculations.

“Even the heavy voter turnout (73.92 percent) is giving sleepless nights to both the ruling BJP and Congress candidates. They are speculating whether the turnout is against the anti-incumbency of the central government or the state government,” said a political observer, who did not want to be identified.

Both the BJP and the Congress are keeping political channels open with their estranged men, who contested as independents or joined the Himachal Lokhit Party (HLP), an outfit formed by BJP rebels last February.

Five-time chief minister and Congress leader Virbhadra Singh, who refused to open his cards about the party’s strategy of getting support in case of a hung assembly, has hinted that a few party rebels and the HLP would not be averse to extending support to the Congress to keep the BJP out of power.

BJP leader and Chief Minister Prem Kumar Dhumal, replying to a question by reporters here Nov 8 about taking rebels back into the party, said whatever decision would be taken, it would be with mutual consent of the party and the rebels.

“The political family should grow in numbers,” he added. Of the 459 candidates testing political waters this year, 106 are independents.

In 2007, the BJP won 41 seats, the Congress 23, the Bahujan Samaj Party (BSP) one and independents three. The BSP legislator later joined the BJP.