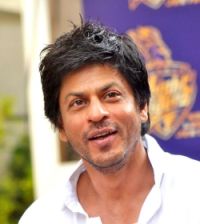 New Delhi: Bollywood superstar and Kolkata Knight Riders (KKR) co-owner Shah Rukh Khan has no regrets that cricketer Sourav Ganguly was dethroned as captain of the Indian Premier League (IPL) franchise. In fact, he admits, they took a “big chance” to have a Kolkata team without ‘dada’.

Shah Rukh, who was at the Hindustan Leadership Summit 2012 here Friday, was questioned: “Are you at all ashamed the way you treated Sourav Ganguly?”

Moderator Vir Sanghvi then cross questioned: “You think you treated him right? He was humiliated by your team, that was okay?”

“I humiliated? My team did… they should apologise. I did not. I have no regrets at all. The team decides and the coaches decide, and I am not being diplomatic with this.”

“I think we treated him well enough. Having said that, I think he is one of the greatest players the country has, but in that part of format of cricket, after three years, maybe the team management did not think it that way,” added the 47-year-old.

Nevertheless, Shah Rukh admits it was a risky decision.

“To be honest, we took a big chance – to be in Kolkata and not to have dada… (But) I think we have proven that this team has done well with the leadership of Gautam (Gambhir) and the team management behind. So no regrets,” said SRK, whose team walked away with the IPL trophy this year.