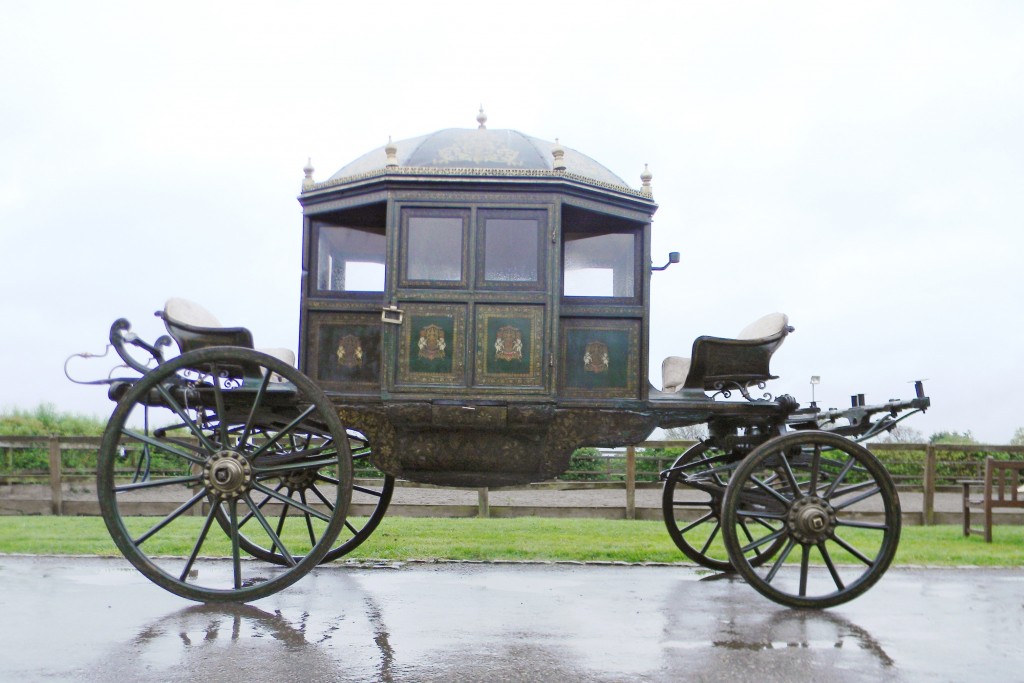 London: A magnificent Indian royal state carriage, which is nearly 200-years old and was once owned by the Maharaja of Mysore, is to be auctioned in Britain this month.

Maharaja of Mysore’s 1825 State Carriage, which is to be auctioned Nov 24, has British royalty credentials, said a press note from Historics at Brooklands, a specialist classic vehicle auctioneer.

The horse-drawn State Carriage and is believed to be of British origin. It was used for engagements by the Maharaja to transport European royalty – including the Prince of Wales.

It has elegant design and sumptuous detailing and can be seen in a wall painting of it at the Mysore Palace Museum in India’s Karnataka state.

The base color is olive green embellished with delicate meander boarders, floral and heraldic motifs and the family coat of arms. Most of the sixteen windows offer drop-down, decorated panels and shutters for privacy.

The interior is upholstered in beige damask and the roof has decorative paintwork, carved border mouldings and finials.

The exterior houses two seats that would have been used for servants and courtiers.

The coach – one of a significant number of antiques offered by the Maharaja in 1974 – was successfully auctioned that year in Australia, and later exhibited at the Fine Art and Antiques Fair in London in 1991.

After a light restoration work, the coach is now being offered at an estimated auction value of 70,000-100,000 pounds.