Dr. Sushil, a scientist with geological department, Dehradun over phone said that earthquake lasted just 4.5 seconds and the epicenter was detected 17 kms north of Baijnath in the Dauladhar Ranges at latitude 32.3 degrees North and longitude 76.2 degrees East at a focal depth of 5 km. 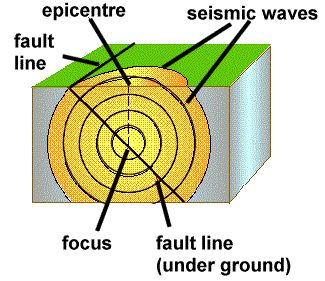 The Shimla meteorological office that monitors earthquakes in the region confirmed that a minor quake had hit the Kangra region early today.

Meteorological director Manmohan Singh said that the quake was of minor intensity.

The tremor was so strong that people were shaken out of their sleep with some rushing out into the open in the early hours of a wintry night.

However, no loss of life and property has been reported from anywhere in the area.

Earlier, on November 7 a quake measuring 3.6 on the Richter scale jolted the area at 5.51pm and lasted for five seconds.

In October too, the hill state had experienced two low intensity quakes within a short span of five hour and in September, four minor jolts had rocked this valley.

Kangra falls in highly earthquake sensitive zone and the repeated quakes have left the residents tense.

A high intensity earthquake had hit Kangra in 1905 that had devastated the entire valley and left several thousand dead.