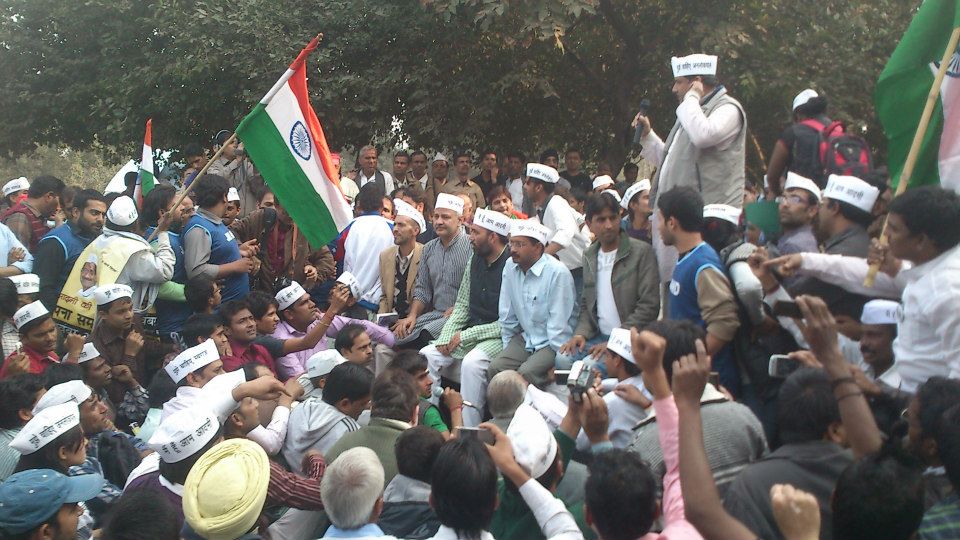 New Delhi: A day after launching his Aam Aadmi Party (AAP), Arvind Kejriwal eyed the youth vote ahead of next year’s assembly polls and the 2014 Lok Sabha elections, exhorting the young generation Sunday to bring about a change in the country’s political system.

Kejriwal launched a tirade against vote bank politics practised by leading political parties and said he would “expose” the Congress and the Bharatiya Janata party (BJP).

“There are people who have looted India a lot. Now the youth have to drive them out of parliament,” Kejriwal told his supporters at Rajghat here.

“I ask all youth to come to Jantar Mantar Monday and they will be given the status of founder members of the party,” said Kejriwal.

The activist-turned-politician announced that he would “go to every village and town in the country for the next one year to convince people against the vote-bank policy of the Congress and the BJP”, which he claimed “used people only for votes”.

Seeking to distinguish his party in the crowded political landscape, Kejriwal said his party would observe complete transparency in all its dealings. He added that donations and expenses to the AAP would be uploaded on the party’s website, which would be launched Monday.

“We have set a series of guidelines for party members. I want only those of you who can work full-time. No one should be found indulging in any activities of accepting money for votes during elections,” he said.