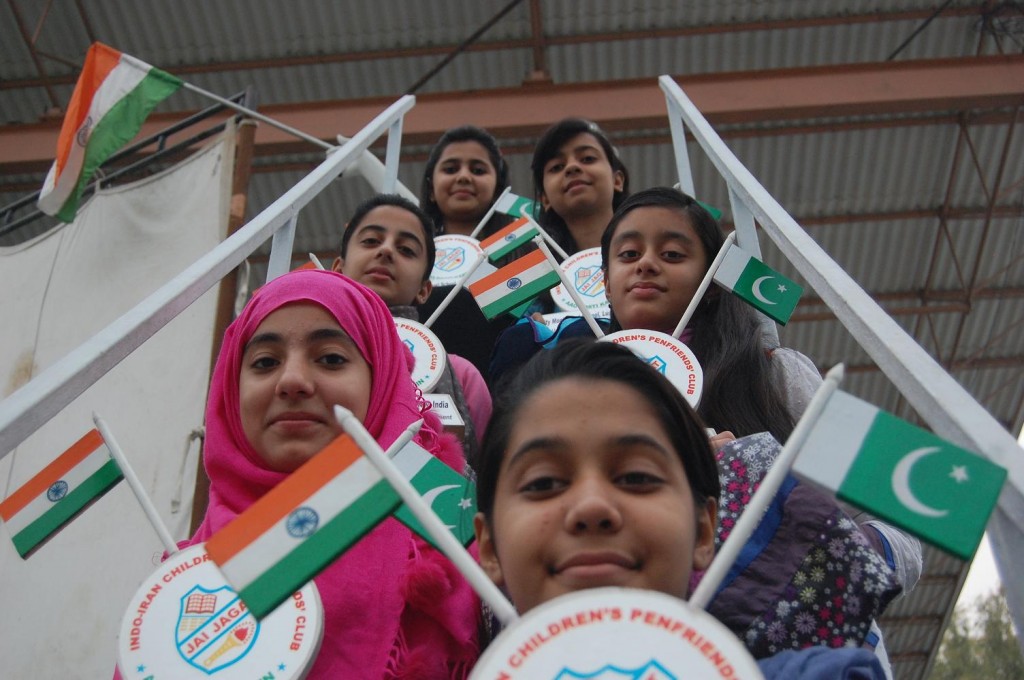 Lucknow: Shah Rukh Khan’s forthcoming “Jab Tak Hai Jaan” and the Delhi Metro take precedence over Kashmir and the tension on the border, for this happy dozen from Pakistan, students from schools in Karachi and Rawalpindi.

The 12 are on a maiden week-long trip to India. Both countries look “so similar”, they exclaim, wondering, “where are the differences”?

For Class 11 student Ateeq from the Habib Public School, Karachi, the short stay in New Delhi before coming to Lucknow was an experience in itself.

“India and Pakistan look so similar, except we have no trains there running on power, and nothing like the Delhi Metro,” he chuckles, as he points to how, right from skin colour to dialect, so much is common between the two countries. 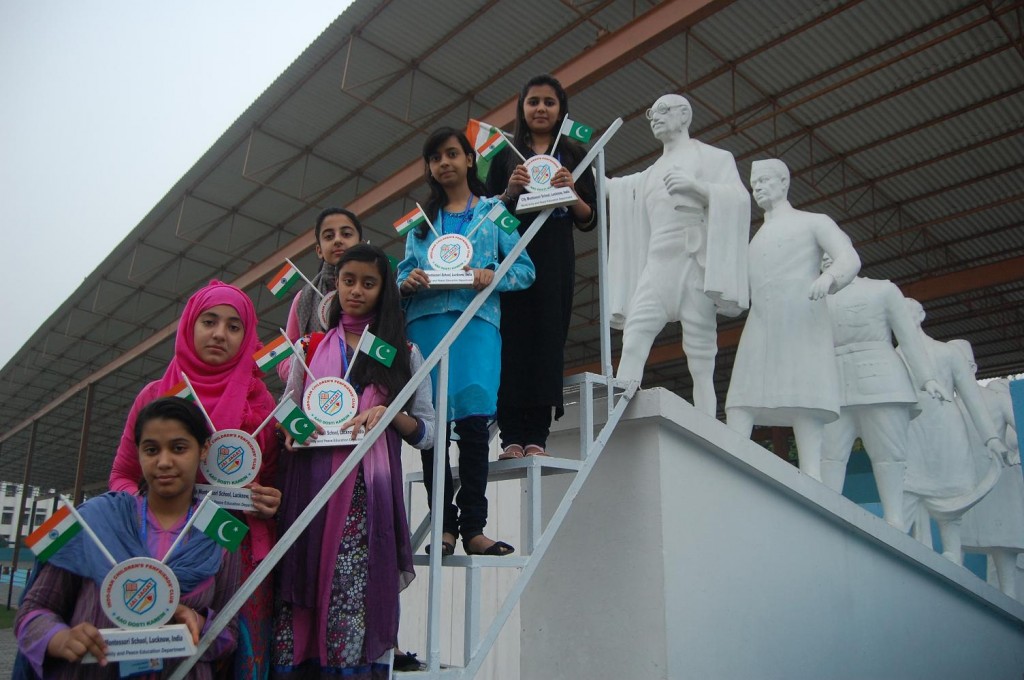 Blaming the media for hyping the “sour relations” between the two countries, Ateeq, an avid sportsman, says the fights (“ladai jhagda”) are largely when India and Pakistan take on each other on the cricket field.

Tahir, Ateeq’s friend, munches on cookies and contributes his bit to the conversation. “We only learn that we are enemies through history books, otherwise it’s cool, people back there do not hate India, as is said,” he says, smiling.

Danesh Kumar, a Hindu from Karachi, agrees: “I am a Hindu, but see, here I am, enjoying this trip with my friends.” He points out that his friends and he are “normal fun loving people” who have friends across international boundaries.

Social media has changed a lot of things, Ateek says, while telling this correspondent that he has many friends in India, including a girl in Lucknow, who were all blogger friends. He says he often exchanges ideas on internet with these friends.

Asked what was the one thing that might set the two countries apart, pat comes the reply from Taha Mustafa, a Class 10 Karachi student: “Yahan gore log bahut dikhe, wahan aisa nahin hai.” (“There are quite a few white people here as tourists, there it’s not like this.)

He blamed the local media for painting a “scary picture” of the country.

Are Indian films popular with Pakistani children? “Oh yes, we are looking forward to seeing JTHJ Nov 13, though we will be in New Delhi that day,” says Ateeq. 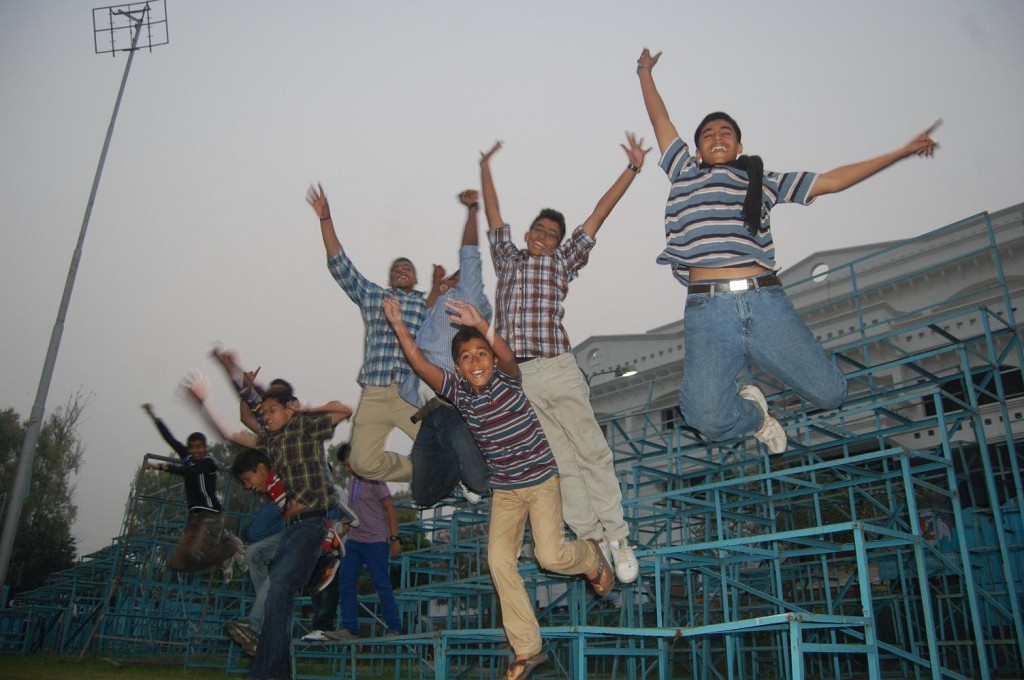 Jannat Jamsahid, a Class 6 girl student from SLS Montessori High School, Rawalpindi, is candid in admitting that before travelling to India, her parents had “hundreds of apprehensions”.

“But after getting such a warm welcome here, all that has evaporated and I am sure once you visit India, you go back with fond memories,” she says, as her friends nod their agreement.

The conversation turns to 14-year-old Malala Yusufzai of the North West Frontier Province who is recovering from a brutal attack by the Taliban.

Laika Afridi, a Class 8 student from NWFP like Malala, says she is proud of Malala and talks of the many young children who have been taking up education-related issues in their areas.

“The issue of girls’ education is slowly but surely getting importance in our country… see, we are in India to discuss world peace,” she says.

Her friend Sana says she is part of efforts under a programme called “Dostane Ilm” in which she teaches poor girls in slums.

Ayesha Irfan, while discussing the huge fan following in Pakistan of Salman Khan and Shah Rukh Khan, also wants to know something about Anna Hazare.

“I googled about him, the village (Ralegan Siddhi) he has transformed is awesome,” says an awe-struck Ateeq.

Varda, who hails from Rawalpindi, says that though India and Pakistan are “more or less the same”, Pakistan’s problems were bigger. “Gurbat” (poverty), pollution and even load-shedding, she says, with an impish smile.

Her grandma, she says, had initially refused to let her go on the Indian trip. She says she now has such things to tell her ‘daadijaan,’ she is glad she came.

When asked to choose between the military regime and democracy, Aisha Masood of Class 6 says she’s all for democracy, and underlines that her “thoughts about India have completely changed in the last 24 hours.”

Idila Rehman, a teacher from SLS, Rawalpindi, says that her parents migrated from Agra during Partition. She remembers their “long list of tales about India”.

Her father, a retired government officer, would often say that “it was useless, having created Pakistan”, as he could never visit India due to Visa restrictions for government officials.

Her colleague Farah calls it “humbling and touching” that several Indians whom they met on the train left their visiting cards, “just in case the school people do not come to pick us up.”

Hina Mujahid and Zahid Iqbal who have been enjoying the trip thus far, say that with the younger generation replacing the older one in both countries, hostility would reduce, and easing visa restrictions and greater people-to-people contact would go a long way in changing the whole scenario between the two nations.

The students are part the ‘Aao Dosti Karein’ (Come, let’s be friends) initiative of the City Montessori School, Lucknow.

The initiative had been abruptly halted after the 26/11 Mumbai attacks, and has been resumed after five long years.