Renowned Indian British contemporary dancer Aakash Odedra says he would love to document and learn from the last surviving Indian nautch dancers, known as ‘tawaifs’ who, he feels, have seen both the best and worst in life.

“As a dancer, if I didn’t document it I would feel irresponsible. They were responsible for holding the art form of Kathak together. I would love to absorb and understand their culture,” said the 28-year-old artist, rated as the rising star of contemporary dance.

The Leicester-based Odedra has been learning and performing Kathak since the age of eight.

Nautch dancers were popular dancing girls who performed mostly Indian classical dances including Kathak and rose to prominence during the latter part of the Mughal rule and the rise of the British Raj.

Born and brought up in Britain, Odedra, whose Kathiawari Rajput family hails from Gujarat, has trained in Bharatanatyam, Indo-Jazz and contemporary forms as well.

As a disciple of acclaimed dancers Chitralekha Bolar and Nilima Devi in Britain and Asha Joglekar and Chhaya Kanvateh in India, Odedra is well aware of the contributions of the Nautch dancers to society.

Odedra channels his classical dance training to infuse fluidity and life into contemporary dance – a form he says is “pretty much made for the stage”.

“Expressing what’s relevant to you at that point, that’s contemporary. Contemporary is where there are no conventional rules as such. But there is a technique of moving, which has an aesthetic appeal. It means using my ideologies and presenting it on stage to convey an idea without a boundary,” he said.

Breaking boundaries through evocative steps, the versatile artist has lent his repertoire of movements to compositions by renowned choreographers.

For him “breaking rules, throwing them in the bin and recycling them and making something else from it” is the way to go.

Performing “Rising”, comprising solo work by choreographers Akram Khan, Sidi Larbi Cherkaoui and Russell Maliphant, in the city at the G.D. Birla Sabhagar, he explained: “Anything you perform should be tailored to your body, tailored to stick to you.”

“They have tailored the performance to what they see in me. Whereas Akram Khan must have seen a different side of me, going by the choreography that he has done for me. The two strands are extremes and push me a lot.”

A fan of Helen and Madhuri Dixit’s moves, as an Indian British, Odedra manages to blend in the best of both worlds. 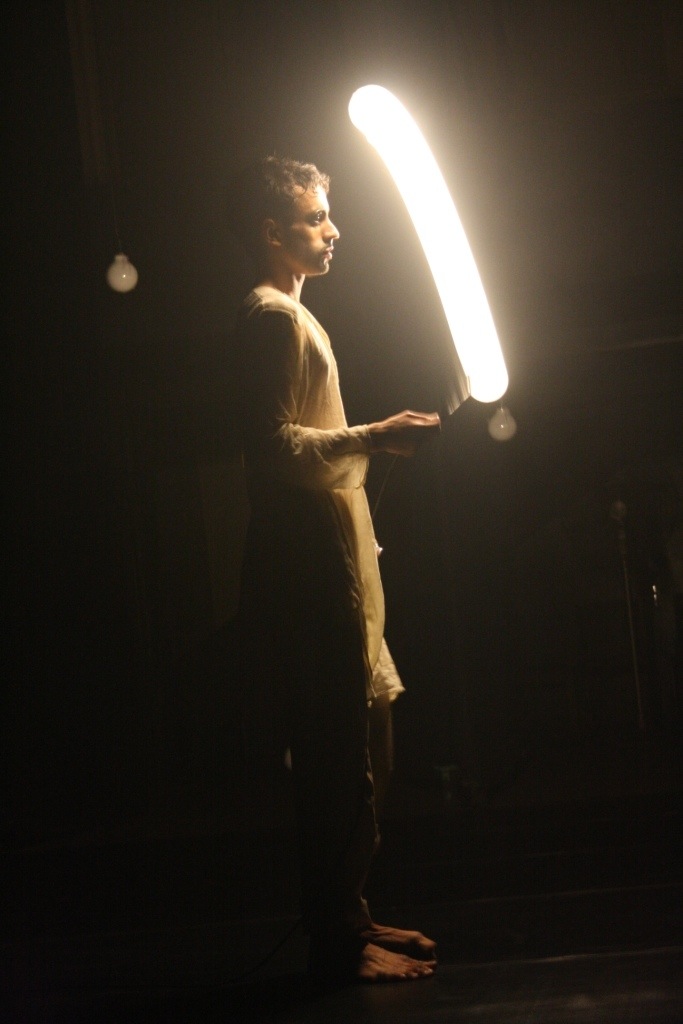 “I love the practicality of the British whereas India teaches you to dream. The Indian British, being outsiders to Britain and as outsiders to India, get to observe what either culture is doing. The one’s who are smart enough would combine the best of both worlds,” said the avid animal lover, who is fond of David Attenborough’s documentaries.

An on-and-off visitor to India, Odedra feels his Indian roots are responsible for his gravitation to Indian classical dance.

“I am very, very spiritual. And being brought up in far away Britain, I always nursed a deep yearning to know Indian culture. I was obsessed with dance from a young age; I used to walk on my toes. Somehow I associated dance with the Indian philosophy and the natural instinct at that young age was to go there,” said the artist, who was never really focussed on education.

Attributing his strong connection to India to lengthy visits to his village in Gujarat as a child, Odedra recommends aspirants to remain true to their heritage.

“Look under your own pillow. India has so much to offer. Though youngsters feel it’s not cool to be associated with classical dance, people abroad are dying to come here,” he said.