Shimla: Brisk polling that picked up as the bright day got warmer has resulted in a heavy turnout with preliminary data indicating the voting to be over 75 percent in what was a keenly contested election. 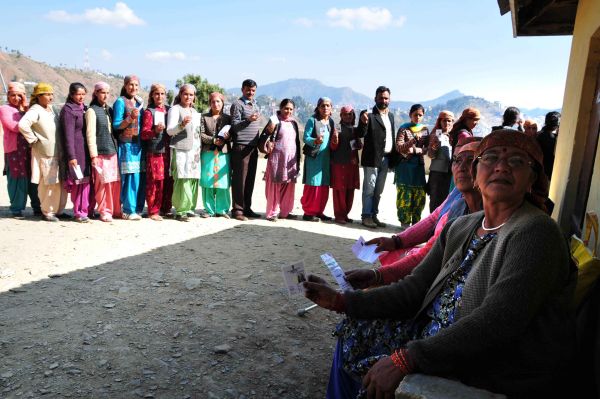 Polling which was less than ten percent in the first hour, touched 30 percent by noon and by 3 p.m. it had crossed 60 percent,” said Narinder Chauhan, the chief electoral officer.

Barring minor clashes reported between BJP and Congress workers from Chamba town and Una, the polling was peaceful throughout the state. 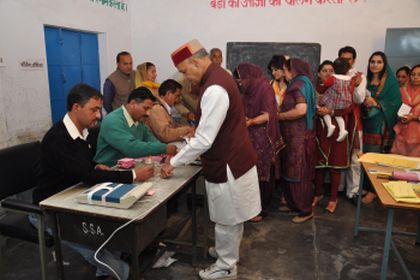 Till 6.30 p.m. the election department had recorded a voter turnout of 74.56 percent, Narinder Chauhan said. 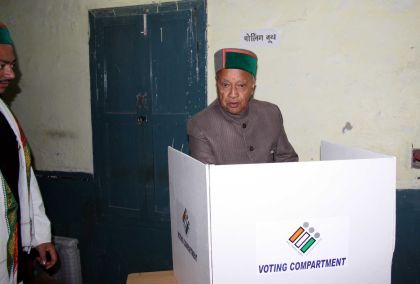 BJP by winning 41 seats had wrested power from Congress whose majority in the earlier house was restricted to just 23 seats in the 2007 elections. Three independents and one BSP candidate had also won their seats.

Other than a keen contest between BJP and Congress, entry of other party’s which include Trinamool Congress, National Congress Party, Bhaujan Samaj Party, Samajwadi Party, Communist Party of India (Marxists) regional outfits like Himachal Lokhit Party, and Himachal Swabhiman Party have turned the poll arena into a multi-cornered contest on many seats that is being keenly watched.

Besides political party’s there are several rebels who have entered the fray as independents. A total of 459 candidates, which include 27 women are contesting for the 68 seats in the Himachal assembly.

Though senior Congress leader Virbhadra Singh is contesting the election from newly carved Shimla rural seat by the delimitation commission, the five time chief minister was early at Rampur town to cast his vote where he is registered as a voter.

Chief minister Prem Kumar Dhumal was also unable to vote for himself as he is contesting the poll from Hamirpur but he cast his vote at native village Samirpur which is part of Sujjanpur assembly segment after the delimitation commission redrew the boundaries lies for the seat.

Minister of commerce and industry Anand Sharma cast his vote in the state capital. Flashing the V sign he said, “We will form the government.”

Chief electoral officer Narinder Chauhan said, “ Shyam Saran, 95, among the first voters to exercise his franchise in 1951 after the country won Independence, did cast his vote today also at his village Kalpa in Kinnaur district.

With the fate of the candidates sealed in electronic voting machines, the count is scheduled for December 20 with that of Gujarat, where polling is yet to take place. 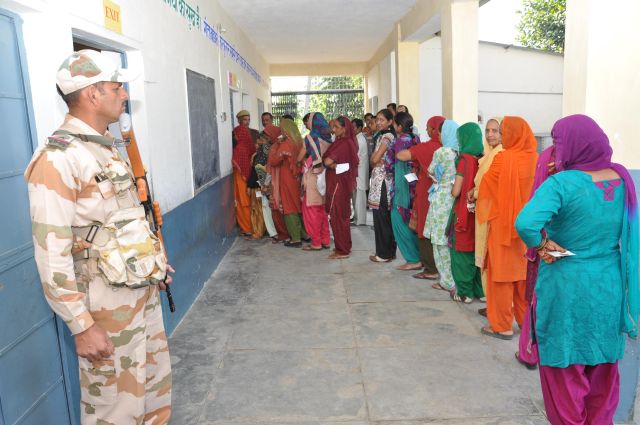