Washington: Mutilated dolphins, some with gunshot wounds, tails cut off and missing jaws have recently been discovered along the Gulf Coast of the US, as authorities investigate the attacks. 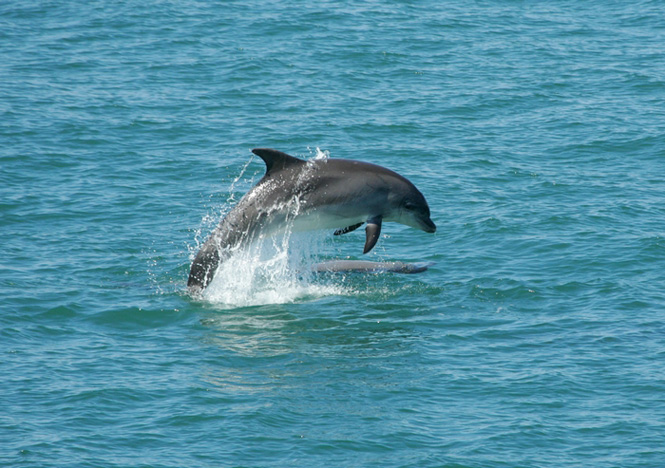 “We think there’s someone or some group on a rampage. They not only kill them but also mutilate them,” said Moby Solangi, executive director at the Institute for Marine Mammal Studies (IMMS), in an interview with the Sun Herald newspaper.

IMMS has been looking into the mutilations, which began earlier this year and have increased in the past few months, with the most recent dolphin found Friday off the coast of the state of Mississippi with its lower jaw missing.

A few days prior to that a dead dolphin was found along the Gulf of Mexico Coast with a wound from a 9mm bullet, which appeared to have gone right through the mammal’s abdomen, into the kidneys and killed it, Solangi said.

Other reported incidents include a dolphin found with its tail cut off in the state of Louisiana and a porpoise that was stabbed and killed with a screwdriver, leading officials to think the attacks are being done by humans since, “animals don’t eat each other’s tails off”, Solangi said.

In response to the heightened attacks, the National Oceanic and Atmospheric Administration has issued an advisory to environmental and enforcement agencies to be on alert for an increase in human interaction with dolphins stranded on the beach or porpoises swimming in the waters off the coast of the states of Louisiana, Mississippi and Alabama, the Sun Herald reported.

Under the Marine Mammal and Protection Act of 1972, fines and jail sentences can be imposed on those responsible for attacks on wild dolphins.