London: Roger Hunt, one of the Britons to narrowly survive the Mumbai terror attack, said Friday that justice may have been done with Ajmal Amir Kasab’s hanging but it could not replace loved ones.

Hunt, 44, who was then an executive with the Royal Bank of Scotland, was on his second visit to Mumbai to set up a new operation when he was caught up in the Oberoi hotel during the 2008 attack. 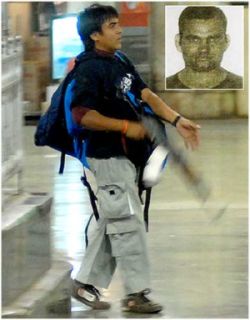 Hunt later wrote a book titled “Be Silent or Be Killed”, which has now been adapted into a play that will tour Scotland in May 2013. He is now a human resources manager for the Scottish Prison Service.

On Pakistani terrorist Kasab’s hanging, Hunt told: “I listened with interest to a number of commentaries and frequently the phrase ‘now the relatives of the victims will have closure’ emerged.

“While Kasab has been brought to justice, it would be wrong to assume that for the relatives of the many innocent victims who lost their lives that any level of justice exists that will ever replace their loved ones.”

He added: “What is certain is that regardless of the acts of terrorism that are committed against the people of India, they consistently show that they have the heart and the resolve to stand strong in the face of adversity, and you have to admire their strength in unity.”

Kasab, the only one of 10 Pakistani attackers of Mumbai who was caught during the mayhem, was hanged in Pune Wednesday, after being in prison for nearly four years.

On that fateful day, Hunt had just finished dinner in Oberoi when a waitress tried tempting him with the desserts on offer. But he decided against another course.

It was the first in of a series of decisions that would save his life, as the restaurant was strafed with machine gun fire just a few minutes later.

Hunt described the events in considerable detail in the book that includes several email exchanges with his family, friends and work colleagues through his Blackberry.

He said: “I was fortunate to survive one of the most audacious terrorist attacks in recent times. My experience in India was all very humbling and has had a profound impact on my life. I now understand that there are so many parallel lives beyond my existence in Scotland.”

Hunt added: “I have not a single bad feeling about the Indians and their fabulous country. While I’d still be nervous about returning, until my own demons are fully exorcised, there is no doubt that Indians, and Mumbai in particular, truly suffered because of the attacks.”

Following a campaign after the attacks, the British government changed rules to provide compensation for British victims of terrorism abroad, including those in the Mumbai attack.

Besides Hunt, British victims in Mumbai included Will Pike, who fell 50 feet while escaping from his room in the Taj Hotel, millionaire Andreas Liveras, who suffered gunshot wounds in the Taj and died in hospital, and Sajjad Karim, a Member of the European Parliament (MEP).