Shimla: Eleven people were killed and another 20 injured when an overloaded small multipurpose utility vehicle lost control in the interiors of Sirmaur district today morning and rolled into the valley.

Tashi Santoop, the sub-divisional magistrate at Poanta Sahib after having supervised the rescue and relief operations said that 8 of the accident victims died on the spot and another 3 succumbed to their injuries on the way or on reaching the nearest available hospital. 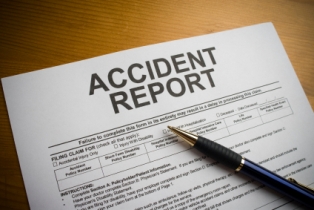 The crowded vehicle was on its way from Pakras village to Timbi in Shillai Tehsil of Poanta Sabib when at about 11.15 a.m. the accident occurred. Those who died at the spot included a woman, two children – a girl and a boy, said Santoop.

Six of the seriously injured have been shifted to PGI Chandigarh, 3 are admitted at Nahan hospital, 2 in Shillai health centre and 9 at civil hospital Poanta Sahib.

Bad roads, mechanical faults, driving errors and overcrowding in public utility vehicles is often the cause for most accidents in Himachal that result in high casualties.

Sirmaur is the home district of the famous WWF wrestler Great Khali.