New Delhi: As many as 24 Australian hockey players, including the 16 who won the bronze at the London Olympics, are among the 91 overseas players who signed for the Hockey India League (HIL) players’ auction to be held here in December. 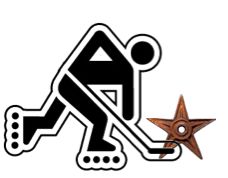 “A look at the list of players will assure the hockey fraternity that it is in for an intensely competitive event from January 5 to February 3,” said Hockey India (HI) secretary general Narinder Batra.

“We are happy that a vast majority of the world’s best players from 12 countries, besides over 150 Indians, have made themselves available for HIL. It will be of particular interest to hockey lovers here that with 15 players in the auction, Pakistan is second only to Australia in terms of numbers,” Batra added.

The following is the the break-up by nationalities of the foreign players who have made themselves available for the HIL auction: Australia 24, Pakistan 15, Spain 10, South Africa, New Zealand and Netherlands 9 each, Malaysia 5, Germany 4, Argentina 3, Belgium, France and Poland 1 each.