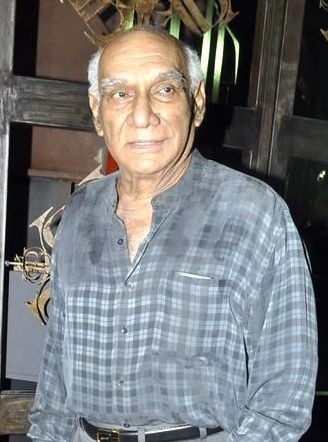 Chopra, who was suffering from dengue, died of multiple organ failure. He is survived by wife Pamela and two sons Aditya and Uday. While Aditya is also a filmmaker, Uday is an actor.

“He died of multi-organ failure. He was in the ICU,” said a hospital official.

Chopra was admitted to the hospital Oct 13.

“My brother Mukesh Bhatt called me at 6.30 p.m. and was crying. He gave me the news that Yashji is no more. He was very close to him. It is a sad demise and a huge loss,” said Mahesh.

Chopra is known for having given blockbuster films like “Silsila”, “Chandni”, “Lamhe” and “Dilwale Dulhaniya Le Jayenge”.

The veteran filmmaker was busy shooting for his last directorial venture “Jab Tak Hai Jaan”. The film is slated for a Diwali release Nov 13 and will see Shah Rukh Khan romancing Anushka Sharma and Katrina Kaif.