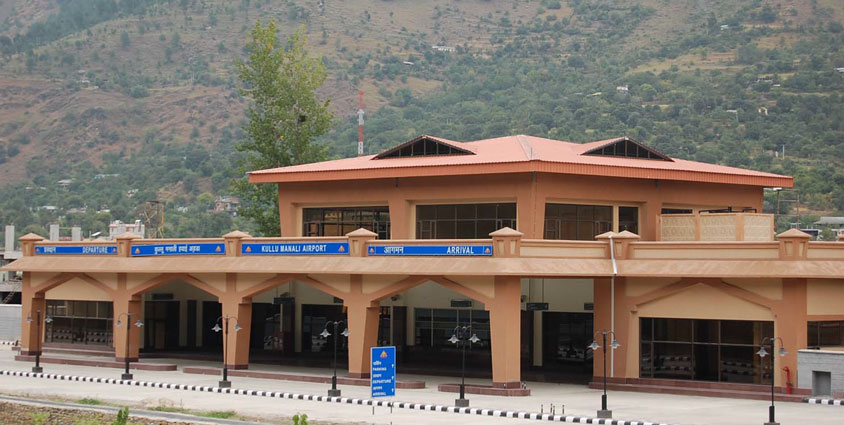 Kullu: The countdown for the famous International Dushhera festival has already started, and the Tourism department is still unable to figure out a way to fly people in and out of the state. The tourism has been severely hit in absence of any air connectivity to the Hill state. All the three airports in Himachal at Shimla, Kangra and Kullu are shut for almost last two months. Air India connecting Delhi-Kullu has already suspended its operations since July 2012 and the only other carrier Kingfisher has stopped its operation to Delhi-Shimla, Delhi-Kullu and Delhi-Kangra from September 2012.

Ramesh Kumar,Director Kullu Airport while talking to Hill Post , disclosed that about 50 security officials and the same number of ground staff have been sitting idle for more than last 45 days. He further revealed that, Kullu Airport has only IOC refueling facility in the state and due to the erratic flights, which may or may not be available anymore considering the current state of affairs.

He told that the Airport Authority of India spends approx 10 crores per year for the operations of Kullu Airport and roughly the same amount is spend on operating Shimla and Kangra airports.

Anup Ram Thakur,President Hotel Association Manali said “whereas, the Union government should have subsidized air travel in Himachal on the tunes of North East and J&K, the current carriers are being shut down in Himachal, making the situation very grim”. “ Despite repeated requests to Union Tourism Ministry and Civil Aviation Ministry, they have failed to  persuade any airlines to operate in the state, which will be the main cause of tourism severely effecting in the coming days”, said Thakur.

Bhunter airport taxi Union president Lekhraj said “With AAI making a new Terminal Building at Kullu in 2008, and talks of the extension plan for the air-strip, the taxi Union has swelled from 200 to 450 taxies and now with the closure of the flights, most of the taxi operators are finding it very difficult to pay the monthly EMI’s of their vehicles and are starving.

It is prudent to mention that even the neighboring tiny state of Uttrakhand manages to have 5 regular flights from Delhi and Mumbai but, due to the apathy of Himachal Government the Hill state fails in
persuading the airlines to operate in Himachal. Though, all the major political parties are making tall promises in the recent assembly election campaigns in the state, of promoting tourism in the state yet, they have failed to look into this most important factor. It looks like people have to wait a long time to fly to the valley of Gods and Goddesses.