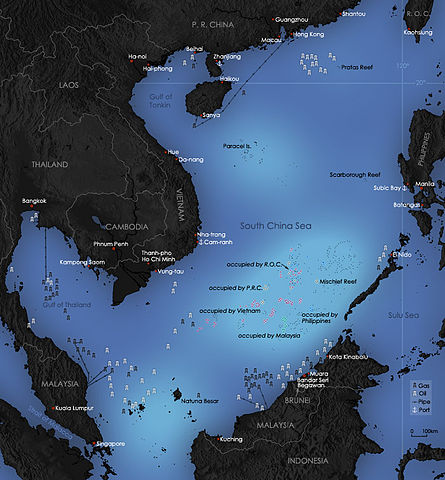 Shifting focus outside the middle east, reigning power ‘USA’ and emerging power ‘China’ jostle for space in South China Sea causing tensions to rise where the latter asks big brother to ‘Shut Up’ over area of influence and sovereignty matters.

“We are entirely entitled to shout at the United States, ‘Shut up’ ” said an article in the overseas edition of the People’s Daily, an offshoot of the Chinese Communist Party’s newspaper as it protested against USA meddling in matters that are under Chinese sovereignty. Well, it’s nothing new on USA’s part, but it’s the first time that the Chinese media has raised its voice against the Western power openly.

The reason for this disagreement: the contested waters in the South China Sea.

The countries bordering the South China Sea are Vietnam, Brunei, Philippines, Taiwan, Malaysia, Indonesia, Singapore and China. The abundant fish had given rise to a large fisheries industry and this also lead to rising tensions between Philippines and China concerning the Exclusive Economic Zones (EEZ). Disputing claimants regularly report clashes between naval vessels.

The sea is also dotted with hundreds on uninhabited islands which are subject to competing claims of sovereignty by several countries. After World War II, the Chinese government exercised sovereignty over the entire area and it remained largely uncontested until 1970’s when the Philippines, Malaysia, Vietnam and other countries began referring to some of the islands as theirs and renamed them.

The United Nations Convention on the Law of the Sea (UNCLOS) which came into effect on November 16th, 1994 resulted in more intense territorial disputes between the parties. The UNCLOS defines the rights and responsibilities of nations in their use of the world’s oceans and establishes guidelines for the management of marine natural resources.

According to a study (Department of Environment and Natural Resources, Philippines) this water body holds a third of the entire world’s marine biodiversity, thereby making it a very important area for the ecosystem.

However the biodiversity in the area has been damaged due to excessive fishing and countries are now using fishing bans as a means of asserting their sovereignty claims. Now, the reason why USA is intervening is because the region has as estimated oil reserve of 17.7 billion tons (the Ministry of Geological Resources and Mining, China).

In the years following the report, the claims and fights have only intensified.

China, the strongest of the contenders has not only appointed a city to administer the disputed Sansha Islands, they have turned to archaeologists for new evidence to support their claims. They conducted underwater research and found coins and pottery to prove that it has historically ‘owned’ one of the islands in the Sansha Islands area. 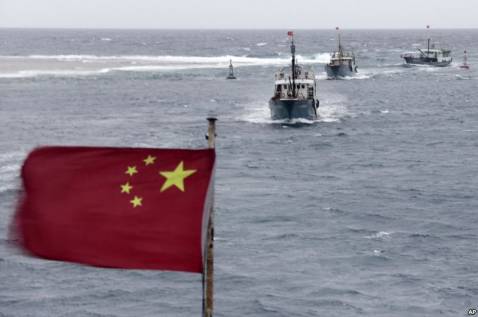 Chinese archaeologists also accused non-Chinese forces of stealing the underwater relics so that the evidence could be hidden. In 2010, China communicated to the USA that the South China Sea is ‘an area of core interest that is as non-negotiable’ and on par with Taiwan and Tibet on the national agenda. China is also modernizing its navy at a breakneck speed and this has lead to growing uneasiness.

Barrack Obama reportedly said that international rules were needed to resolve maritime disputes in the South China Sea and in response Washington too will deploy 60% of its warships in the Asia-Pacific region.

“It’s high time somebody told USA to mind its business”, said Dr. Aravind Yelery, a member of Bridging Nations, a think tank that focuses on India-China relationships and adds “The Association of South East Asian Nations (ASEAN) should take the initiative to get all the involved countries together and solve the issue, the USA has no business interfering.”

ASEAN is meanwhile trying to settle all the rival territorial claims. In a meeting held in Phnom Penh in July, 2012, Cambodia, which’s China’s ally, repeatedly refused to raise the issue during the ASEAN meeting as well as the ASEAN Regional Forum. But according to China, ASEAN’s failure to agree on a code of conduct over the maritime dispute was caused by Western interests’ (read USA) “meddling” designed to “smear China’s positive role in maintaining the unity of the regional bloc.”

The South China Sea is south of mainland China and a part of the Pacific Ocean, encompassing an area of around 35,00,000 sq km. It’s bordered by some of the world’s most rapidly developing countries and one third of the world’s shipping transits through its waters, more than half the tonnage of oil transported by sea passes through it. It’s also a valuable repository for natural resources and had huge oil and gas reserves beneath its seabed, the reason for US interest.

The worry, however, is that a small mistake or a miscalculation could trigger a confrontation. The South China Seas can become a potential flashpoint in the South East Asian region as China continues to trample on the weaker countries.

The need of the hour is to let ASEAN come into the picture and solve the issue by holding bilateral talks.