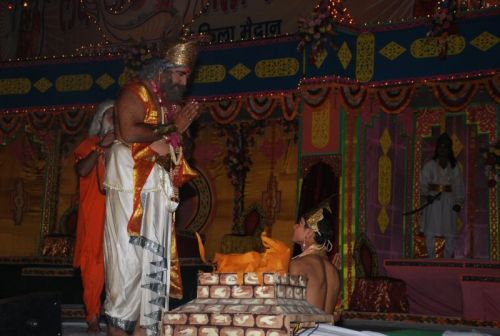 New Delhi: Ramanand Bajpai is a doctor in Moradabad, Uttar Pradesh. Asked to play the Ravana in one of Delhi’s oldest Ramlilas, he quickly shut down his clinic for 15 days to satiate his thirst for acting.

“I’ve been involved with a theatre group for over a decade. We enact plays, especially street plays, on social issues. This is the first time I am taking part in a Ramlila,” said the 44-year-old skin specialist.

The doctor is playing Ravana in the Luv-Kush Ramlila near the Red Fort. 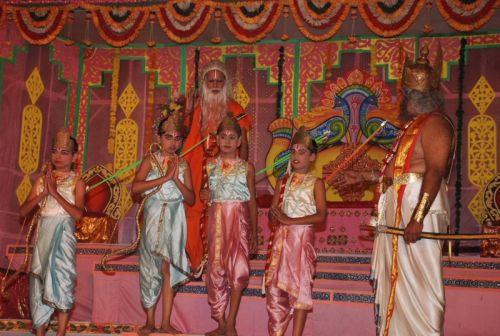 He admits that the role was a bit intimidating but the encouragement from friend as well as Ramlila director, Rajdeep Sharma, who is also from Moradabad, helped him.

“Acting is my first love, and every actor loves a challenge, otherwise you won’t grow as an actor,” said Bajpai, who wants to take part in Ramlila every year now.

Though the majority of the actors in the Ramlilas are professionals, there are some creative amateurs like Bajpai.

Kamlesh Mishra, 34, teaches in a government primary school in Bareilly. It was her love for clothes and make-up that has been drawing her to the Ramlila for the last seven years.

“I’ve been associated with Ramlilas across Delhi. Teaching is my profession but dressing up people and making sure they look good is my passion,” said Mishra.

She is among a growing number of women who are coming forward to be part of this 10-day celebration. 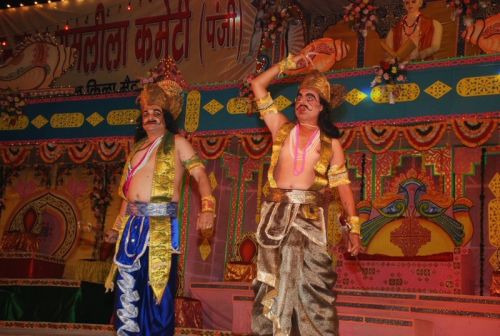 According to Sharma, there is an increase in the number of women taking part in Ramlilas. This wasn’t easy in the past.

Ranjeet Kaur or Kekayi, 28, an M.Sc. from Bareilly College, said her parents have been supportive of her travels to Delhi over the last three years to be in the Ramlila.

“They are very supportive but want me to get married,” chuckles Kaur, who is essaying the role of Kekayi.

The Ramlila is also a platform for the starry-eyed and college-going youth who want to make it big in Bollywood.

Rupali Sharma, a 19-year-old student at Delhi University, is portraying Sita and thinks the Ramlila would give her the right exposure.

“I’ve been doing theatre for four years but Ramlila is different as you perform in front of thousands. It is not an easy job but I am sure it will definitely help me as an actor,” said Sharma.

“My goal is to shift to Mumbai as I want become a TV or film actress,” she added.