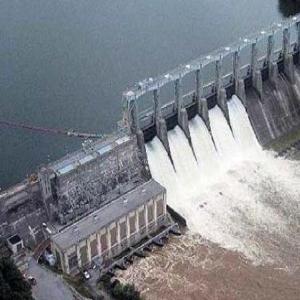 Chamba: Hundreds of villagers Thursday staged a demonstration in Himachal Pradesh against the upcoming hydropower projects near here.

The protestors demanded scrapping of the 4.5 MW project allocated to Hul Hydro Power Private Ltd. (HHPPL) by the state government and submitted a memorandum to Deputy Commissioner Sunil Chaudhary.

The people of eight panchayats in the Saal Valley of Chamba have been demonstrating against the HHPPL under the banner of the Saal Ghaati Bachao Sangharsh Morcha since 2003.

Seven mini and micro hydro projects have been proposed on the Saal river, a tributary of the Ravi, according to a report by Manshi Asher and Prakash Bhandari, members of Himachal-based environmental action group Himdhara.

“The Hul stream has been supporting the livelihood of nearly 6,000 people directly or indirectly,” said the report quoting Ratan Chand, a member of the Saal Ghaati Bachao Sangharsh Morcha.

“It is used for irrigation, drinking water, fishing and running water mills. The projects coming up on the Hul are planned in some of the most pristine oak forests of the valley,” it added.

In Feb 2010, five people were injured in clashes between the locals and HHPPL contractors.

HHPPL is a joint venture of Astha Projects (India) Ltd. and Indus Power and Infrastructure, a Mauritius-based company. Through Indus, a US-based company holds stakes in HHPPL.