New Delhi: The decline in the art market in the aftermath of the economic meltdown has given the 15th century artistic tradition of printmaking a reason to survive and re-invent itself.

New printmakers in India are using high technology to push their art to budget collectors. Print art is a reproduction practice in which a picture or an image is reporduced using techniques like woodcuts, linocuts, lithography, etching, engraving and tinting.

It came to India in the 16th century when Jesuit priests in Goa imported a printing press from Portugal to print a Christian booklet, Doctrina Christa. Kolkata later became the hub of pictorial literature.

“In order to sell prints, you need to target a low-budget buyer – someone who has thousands of rupees but not lakhs to invest in art. You need to look at young professionals and corporate houses which buy entire editions of prints for corporate gifts during festivals,” says well-known multi-media narrative artist, printmaker and writer Paula Sengupta.

Sengupta has written the first volume of the history and evolution of print-making in India, “The Printed Picture: Four Centuries of Indian Printmaking”. The book, in two volumes, has been published by the Delhi Art Gallery and has more than 400 prints dating from the 17th century.

It was released this week at an exhibition, “The Printed Picture”, showcasing 250 prints in chronological order from the 17th century.

Prints have always been relegated to the margins in the Indian art because buyers consider it below par the original. Prints, on an average, cost half that of the original work but this is the only way archival and “high-end expensive” art has reached mass collectors.

“The markets for prints had developed in the west much earlier. It is a niche area because the marketing strategy is different. There are dedicated print galleries for collectors of prints. It is a growing trend in the west,” said Sengupta.

The decline in the market has however proved beneficial for prints – bringing about a resurgence of the genre and creating a market. In the last two months, the country has seen a sudden spurt in print exhibitions, Sengupta said. 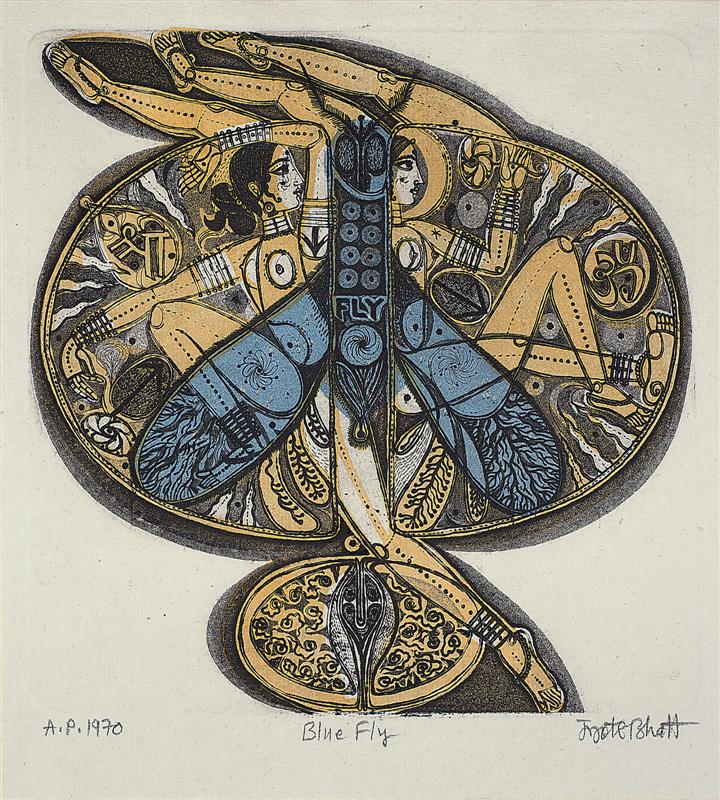 Artists are redefining the printmaking techniques to remain tuned in to the widening spread of new media art in India.

“Two things are happening: One, a lot of artists are pushing the limit of traditional printmaking by combining it with other mediums. The second, artists are using more cutting-edge computer-generated digital processes for their prints,” said Sengupta, who holds a doctorate in printmaking.

She works with textiles as her primary medium and uses wood blocks and the serigraph printing processes to create visual essays about themes like the partition of Bengal, demography, migration, gender and other social issues.

“The means of reproducing the image has changed with television and the Internet. It is faster and technologically refined. The idea of creating a limited edition print is obsolete – the whole concept of printmaking has changed,” said printmaker Subba Ghosh of the Indian Printmakers’ Guild. Ghosh has contributed to “The Printed Picture”.

Nowadays, with limited money, collectors like prints because they are cheaper, Ghosh said. “Many artists are trying to use printmaking as a source of sustenance because it is cost-effective,” Ghosh said.

According to noted critic Pranabaranjan Ray, “the contemporary post-modernists, unlike the early post-modernists of the American pop art, have tolled the bell for printmaking’s claim to be a distinct art”.

“The post-modernist breaking down of barriers of mediums and the growing propensity of artists to freely mix and use mediums has led to the removal of inhibitions in modern printmaking,” Ray observes in the book, explaining the transformation of the genre during 1990-2000.

Printmaker Subba Ghosh says stray efforts have been made in the last four decades to breathe fresh into contemporary printmaking.

“It was around 1968 that printmaker Jagmohan Chopra and a few other artists formed Group 8. It was a collective of printmakers who felt that the quest for the original was irretrievable, and that it probably did not matter any more because the source was not the object but was itself an instance of industrial revolution,” Ghosh says.

In 1984 a group in Shantiniketan formed the “Realists”. Spurred by Marxism, the group practised a genre of printmaking inspired by the Chinese and Russian style of social realism.

The Garhi Studios established by the Lalit Kala Akademi in 1976 to give space to practising artists developed into a vibrant printmaking centre in the 1990s.

The printmakers who practised in Garhi came together to form the Indian Printmakers’ Guild to meet the challenges facing the medium from other genres of art.

Several artists like Vijay Bagodi and Anupam Sud have over the last two decades given up all other mediums to devote their careers to printmaking.