Washington: Freestyle Releasing has acquired the domestic theatrical rights to “Jinn”, a supernatural thriller made by a South Asian filmmaker to introduce ancient mythological creatures to American cinegoers, from Detroit-based Exxodus Pictures. 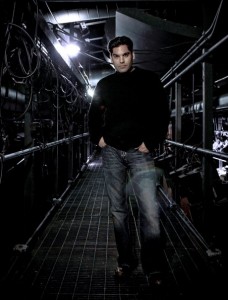 Written and directed by Ajmal Zaheer Ahmad, US born son of immigrants from India, who moved to Pakistan then UK before coming to America, the film has already created an online buzz with its trailer and related material generating over 2.5 million combined hits.

“Jinn” is also unique in that the hero vehicle used in the film, known as the “Firebreather,” was designed by Ahmad, who went to film school in California, and is the first vehicle in motion picture history available to the public for purchase.

The “Firebreather” is a V8, 618 horsepower super exotic American muscle car with 50 limited editions being produced as the exact replica of the vehicle in the film.

The car, several of which have already been sold, was designed by Exxodus Pictures to honour the Detroit automotive industry by creating a modern vehicle with the soul of classic American muscle.

Richard Mandell, Najam Syed and Shahid Syed executive produced the film for Exxodus. A release date for the film will be announced in the forthcoming weeks.

The premise of the jinn concept involves supernatural entities and revolves around creation mythology: In the beginning, three were created; man made of clay; angels made of light; and a third…made of fire.

They are powerful due to their existence in a parallel world, and also because they have free will and can be both good and evil.

“The Exxodus team and I are very excited to be working with Freestyle Releasing on the film, especially with their experience and delivery model,” said Ajmal Zaheer Ahmad.

“We are happy to be distributing a film that will introduce North American audiences to an entirely new, entirely different supernatural concept, and I know that our team is excited to get this movie out to the public,” said Freestyle’s Co-President Mark Borde.