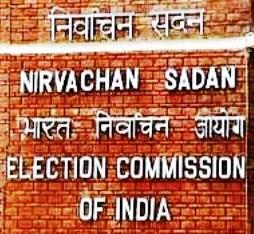 Shimla: Model code of conduct having come into force after announcement of poll dates for Himachal Pradesh and Gujarat, election authorities disclosed that committees had been setup to track paid news and monitor election expenditures of candidates.

Election officer for Shimla district, Arun Sharma said that election officers would be maintaining shadow accounts of election candidates that would be matched with final expenditures submitted by them after the results are declared.

Surveillance teams had been set up to track cash and liquor movements in the district and an election commission observer for tracking election expenditure by candidates had arrived while other observers deputy for poll duty would be joining soon.

On Election Commission directions, the district election authorities had even set up an independent committee to track paid news in the media, he said.

On becoming election candidates, all those in the fray would have to open up election specific bank accounts and all money inflows or outflows would have to submit after the results.

“Each candidate is permitted and election expenditure of Rs 11 lakhs,” said Sharma.

For the 5,14,257 registered voters in the district, a total of 992 polling stations would be set up for which a polling staff of 4768 and police personnel of 3000 would be deployed, he said.

District police Chief Chandersekhar Pandit disclosed that 99 booths were categorized as hypersensitive and 195 as sensitive.

Extra security would be deployed at sensitive and hypersensitive booths, he added.

With the state having achieved 100% coverage of election photo identity cards, bringing along your election card for voting is being made mandatory for the scheduled polling slated for November 4.