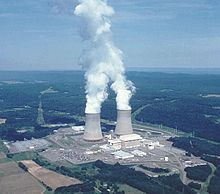 Dehra Dun : Vice President Hamid Ansari today said that India had no alternative but to go in for nuclear reactors to meet the country’s energy needs and raise it from the present three per cent to about 10 per cent to meet the growing energy requirements, adding that it was the only alternative source of energy that the country could develop

The Vice president was here as the chief guest at the 77th Founder’s Day of The Doon School was having an interactive session with the students. “There is no need to be worried about the opposition to them as country has no option but to go in for them, like other countries in the world  which are also adopting them”, he added.

On the economic reforms that there is much furore about, Ansari said that economic process is a matter of figures. “The country was growing at a rate of nine per cent till some time back and its growth rate was number two in the world. Today it is growing about six per cent and the growth rate is still number two in the world, because there is an economic crisis across the globe and India is very much a part of it”’ he pointed out.

He, however hastened to add that there is optimism that this will go up to 8.5 or nine per cent by the end of the Five Year Plan period, adding that a lot of lacunas had been identified and they were being looked into. “There are hard decisions that need to be taken and one has to be extremely practical about them”, he felt.

Regarding Sachin Tendulkar being nominated to the Rajya Sabha, the Vice President was of the view that the master blaster had distinguished himself in sports and his presence in the House would definitely help re-focusing on sports that the country had neglected for long, or how else could it be justified that a country of over 1.2 billion people  could not win a single gold medal in the Olympics. “There is something definitely wrong in sports in the country, which needs to be addressed and his presence will be a great help there”, he felt.

Earlier the vice president who drove to The Doon School directly from the Jollygrant airport was conducted to the venue by the headmaster of the school, Peter McLoglin and was accompanied by the governor Uttarakhand, Aziz Quereshi, chief minister Vijay Bahuguna and the guest of honour Nipun Mehta, who had specially flown in from the USA.