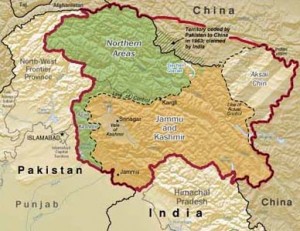 Srinagar: Union Home Minister who chaired the meeting of Unified Command meeting called on the BSF to strength the fencing on the line of control (LOC) to ensure zero infiltration and asked state government to ensure security of Panchayat representatives.

A senior intelligence official who was part of the meeting confirmed that Union Home Minster was satisfied over declining trend in infiltration, “However he sought suggestions from different agencies in bringing the infiltration level to zero.”

Officer also said that he was all praise for security agencies for bringing decline in violence, “He was briefed about the various measures taken to check infiltration and on the counter–insurgency operations in the country side.”

Sources also said that home minister asked the state government to ensure security of sarpanchas who had recently resigned en masse after a killing sarpanch in Baramulla district of north Kashmir.

The Unified Command, also termed the Unified Headquarters (UHQ), in Kashmir comprises the Army, Border Security Force (BSF), Central Reserve Police Force (CRPF) and the state police. The state Chief Minister is the chairman of the Unified Command. The General Officer Commanding (GOC) of 15 and 16 Corps are security advisors to the chairman.