The award was given to mark the 28th death anniversary of the late prime minister, who was assassinated Oct 31, 1984.

“Gulzar saheb is a great personality who is spreading the message of peace and brotherhood in the country,” Prime Minister Manmohan Singh said while congratulating the poet for the award. 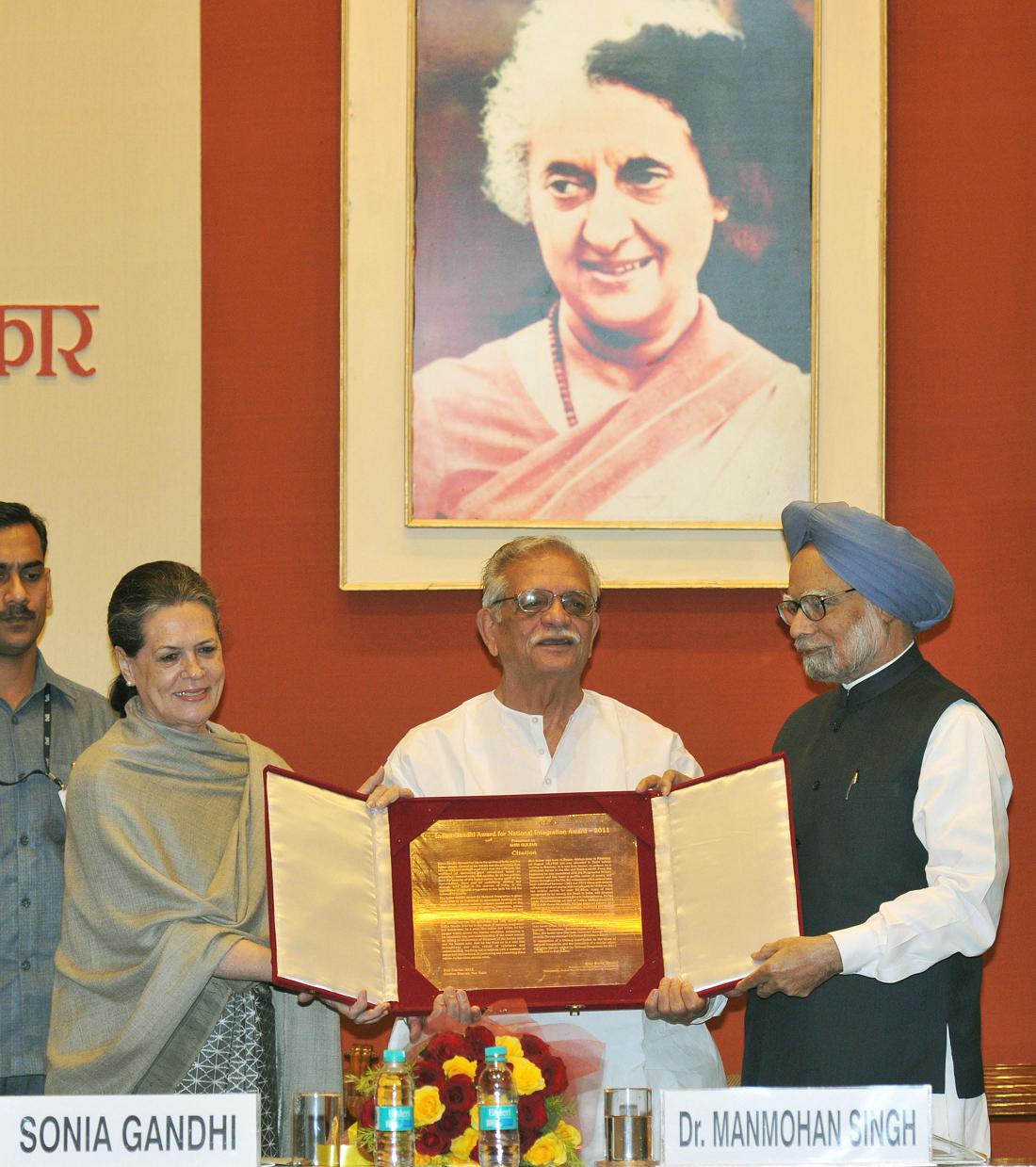 Praising the artist, the prime minister said: “Gulzar saheb is a rare talent. He writes poetry, stories, film scripts, directs films and also writes lyrics for them. Besides Hindi and Urdu, he writes in local dialects like Brajbhasha, Haryanvi and Marwari.”

“Whether it is a serious issue or entertainment for children, the stories, poems and films of Gulzar saheb touch our hearts. He has been entertaining us through his art for over five decades,” he said.

Talking about the larger issues concerning the country, the prime minister said: “On this day, we should think seriously how we can contribute to nation-building.”

Referring to the incidents of communal violence in Assam and exodus of people from northeast from some parts of the country in July, the Prime Minister said the forces out to divide the country are still active.