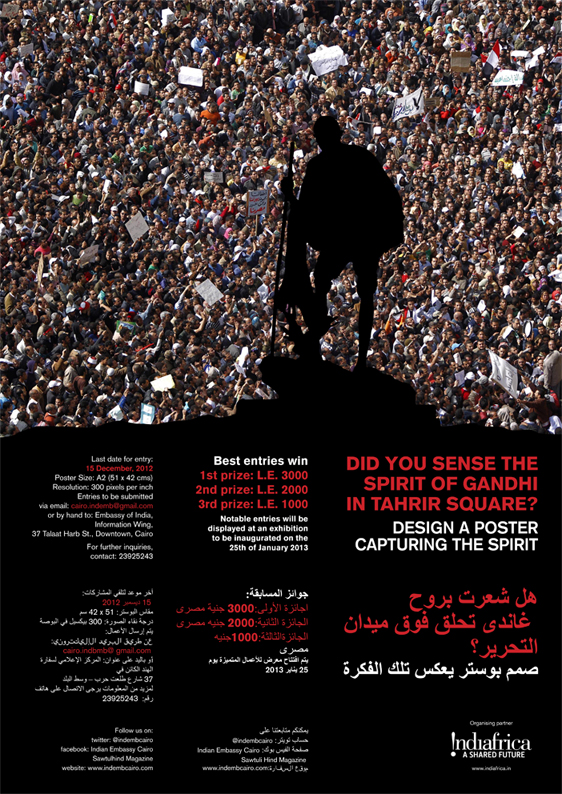 Cairo: India salutes the “Gandhian spirt” of Tahrir Square revolutionaries with a poster making contest themed “Did you sense the spirit of Gandhi in Tahrir Square?”

This is being organised here by the Indian embassy to mark the 143rd birth anniversary of Mahatma Gandhi. 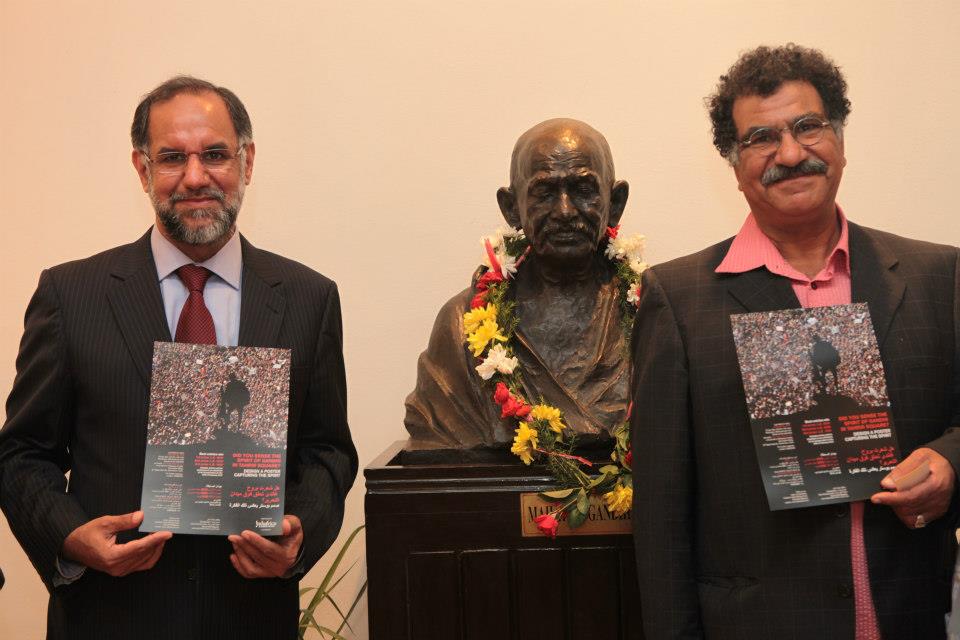 Mahatma Gandhi’s birth anniversary is also observed as the International Day of Non-violence.

The competition was aimed at capturing the essence of Gandhi’s message in the iconic Tahrir Square that witnessed a peaceful revolution Jan 25, 2011, the Indian embassy here said in a statement. 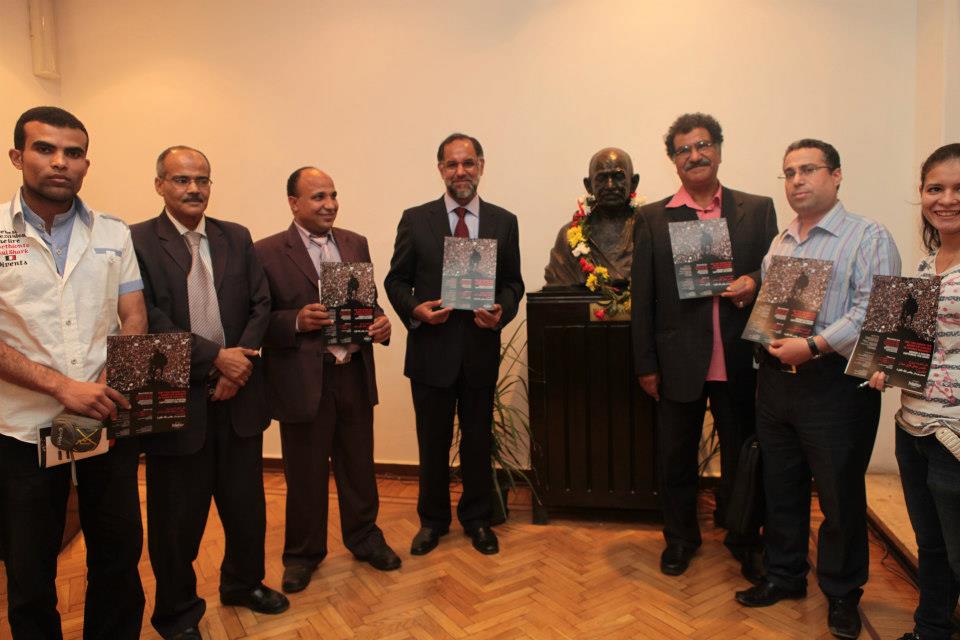 Ambassador Suri applauded the courage of the young revolutionaries who heralded the revolution in Egypt.

Their chants of ‘silmayyiya’ (peacefully) embodied the very spirit of Gandhi’s message of non-violence and continued to reverberate through Tahrir Square, he said.

The poster contest, he said, was “India’s way of saluting the Gandhian spirit of the Tahrir Square revolutionaries”.

Mohamed Abla recalled his visits to India and the impressions that he had derived over the years about Mahatma Gandhi’s message. 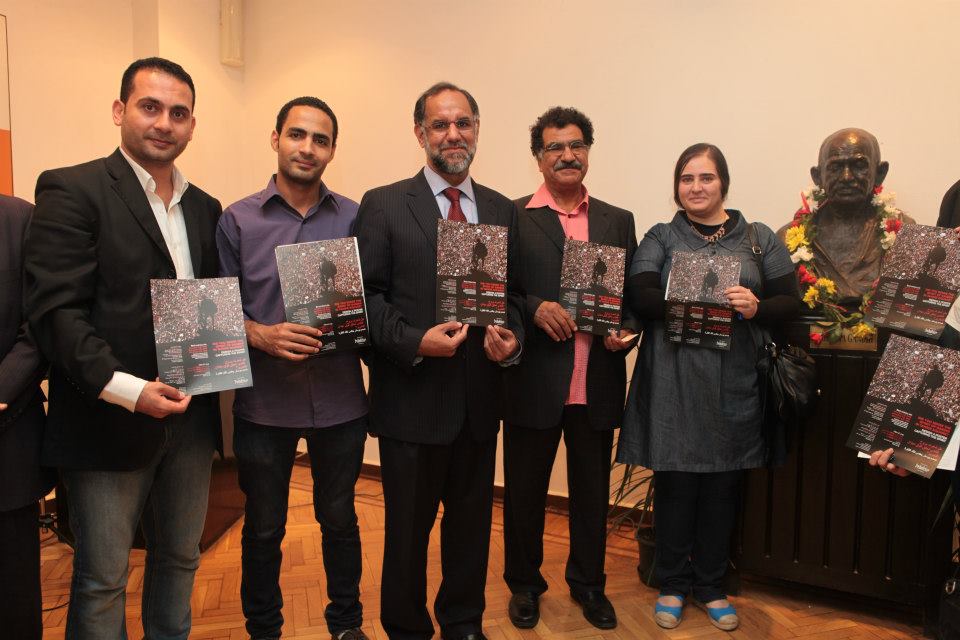 He said that the appeal of Gandhi’s message was universal and was reflected in the words of Martin Luther King and Nelson Mandela and most recently in US President Obama’s speech at the UN General Assembly.

The poster contest will be promoted in Egypt, India and other countries. A jury will select the best entries and these will be shown at a special exhibition that will be held in Cairo Jan 25, 2013 to mark the second anniversary of the revolution, according to the statement.