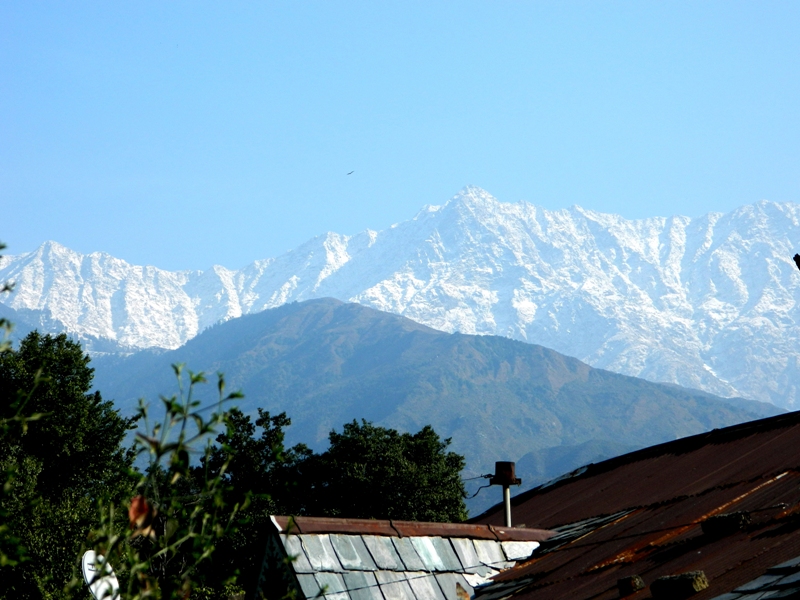 Heavy rains lashed Kangra valley of Himachal last night . It was followed by hailstorm . The Dhauladhar Ranges had a fresh layer of snow adding to the beauty of the valley. A photographic view of the Ranges from Dharamsala.

The meteorological office here said that the higher hills in Lahaul and Spiti, Chamba, Kinnaur and Kullu districts got moderate snowfall.

Keylong, headquarters of Lahaul and Spiti where Congress general secretary Rahul Gandhi will reach Thursday to address an election meeting, saw more than 1 cm of snow.

The temperatures plummeted across the state after rain and snowfall.

Shimla recorded a low of 6.3 degrees Celsius while it was five degrees in Manali, one degree in Kalpa in Kinnaur district and minus 0.5 degree in Keylong.