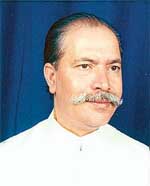 In an attempt to woo voters in the state, the ruling BJP has decided to raise issues like Ispat payoff scam, price rise and corruption by staging street plays across Himachal Pradesh, he added.

The BJP earlier attacked Virbhadra Singh on the Ispat Industries payoff scam, wherein a diary entry of Rs.2.28 crore was marked against the initials “VBS” during the period when the Congress leader was the steel minister in the central government.

The party has also been demanding a probe into the controversial business dealings of Robert Vadra-owned M/s Sky Light Hospitality with realty major DLF.

Parveen Sharma said that 10 teams of artistes have reached all the district headquarters in the state to stage street plays from Monday.

The first such play was staged at Shimla’s Mall Road Sunday evening, wherein the main issues raised were that of price rise and corruption.

The BJP campaign in Himachal will also focus on the policy decisions of the UPA government.

“The issues of inflation, cap on LPG cylinders and FDI (foreign direct investment) in multi-brand retail will also be raised,” Sharma said.

BJP poll campaigners said the experiment of influencing voters through street plays was quite popular in the Uttarakhand assembly polls.

As many as 4.59 million voters will cast their ballots Nov 4 at 7,253 polling stations across Himachal Pradesh. The votes will be counted Dec 20, after the Gujarat assembly polls are over.

A total of 460 candidates are in the fray for the 68 assembly seats in the state.