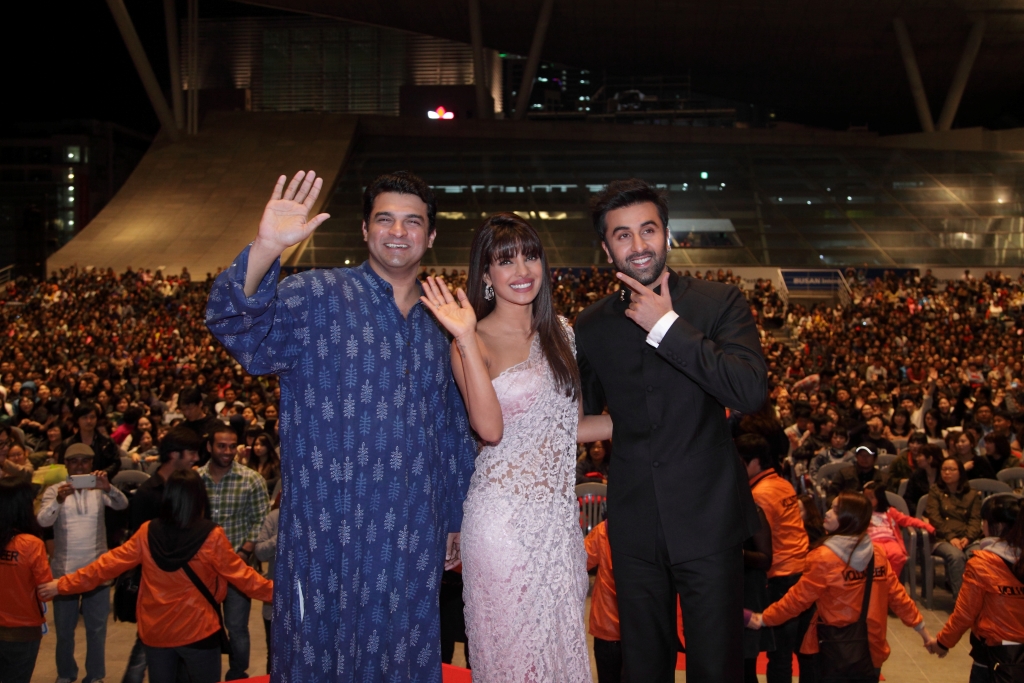 New Delhi: “Barfi!”, India’s official entry for the foreign film entry at the Oscars, won hearts at the Busan International Film Festival, evoking a standing ovation from an audience of 4,000 people. The actors – Priyanka Chopra and Ranbir Kapoor – are thrilled.

“Barfi!”, directed by Anurag Basu, was screened at the festival in South Korea Thursday evening. It was a sold-out show.

Ranbir, who played a deaf and mute man named Murphy in the movie, says the team is “thrilled by the amazing reception”.

“We received a standing ovation at the end of the screening which was both exhilarating and humbling for us. ‘Barfi!’ is a very special film for all of us involved,” he said in a statement.

Priyanka, who essayed an autistic girl named Jhilmil, echoed his views, and said: “I am thrilled with the response received for the film and also for my performance. This was the first film festival to showcase ‘Barfi!’ and I’m looking forward to many more.”

The movie won hearts with its moving narrative about love between the two key characters, and has managed to cross the Rs.6 million-mark from the overseas market.

“The success of ‘Barfi!’ proves that audiences all over are embracing Indian cinema. Audiences are encouraging us as an industry to work with new ideas and subjects. The unprecedented response for the film across the globe in both traditional release markets and now newer markets is a step in the right direction,” Amrita Pandey, Executive Director – Syndication, International Distribution and Disney Media Distribution, Studios, Disney UTV.

“We are looking forward to the theatrical release in South Korea,” added Pandey.