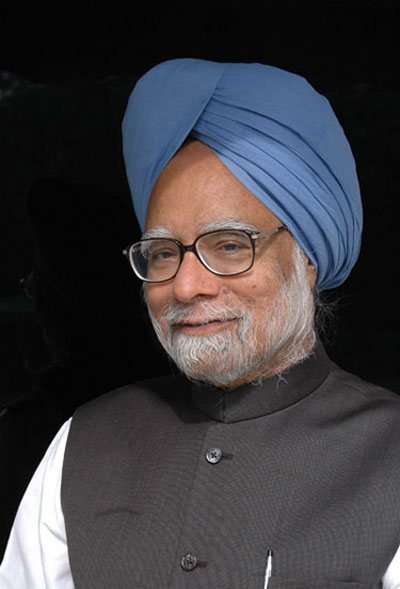 New Delhi: India and Pakistan have managed to avoid controversy and grandstanding to forge a people-centric relationship on the back of a liberal visa pact, but given the lack of progress in 26/11 justice and a limited timeframe, large question marks remain on the much-speculated visit of Prime Minister Manmohan Singh to Islamabad.

Manmohan Singh, who was born in the village of Gah that is now part of Pakistan’s Punjab, is seen as the prime mover behind the initiative to craft a new relationship with Pakistan and is known to be very keen to go to Islamabad during the remaining two years of his tenure, said well-placed sources.

But the guessing game is still on on whether Manmohan Singh will indeed make it without Pakistan showing any concrete progress against the perpetrators of the Mumbai mayhem or any concrete deliverable that could justify the trip.

A final decision on the trip will be taken after an assessment by the Prime Minister’s Office (PMO), based on External Affairs Minister S.M. Krishna’s report about his three-day visit last week and Pakistan’s subsequent actions on the 26/11 trial, said the sources.

The fact is that this is a prime minister under enormous pressure at home with corruption scandals and a faltering economy. With an aggressive opposition waiting to maximise his government’s failures and demanding his resignation, it might be difficult for him to go to Pakistan.

“Pakistan has not shown any desire to act against terror. The perpetrators of 26/11 are roaming free. The prime minister should not take any initiative that will give legitimacy to Pakistan’s designs to sidetrack terror and 26/11,” said Prakash Javadekar, a senior Bharatiya Janata Party (BJP) leader.

“The PM is keen to go. But if he goes without progress on the 26/11 trial, he will be in trouble at home,” said Satish Chandra, a former deputy national security advisor and a former envoy to Pakistan.

There is also the question of logistics, with just a limited window available for Manmohan Singh to travel to Pakistan.

Pakistan goes into election mode at the end of the year and will have a caretaker government in December. Elections in Pakistan are likely to be held March 2013.

This will make the visit untenable as there could be a non-substantive outcome after talking to a caretaker government.

“What kind of business can one do with a caretaker government?” asked G. Parthasarathy, a former high commissioner of India to Pakistan.

According to some reports, Pakistan is preparing for Manmohan Singh to visit Nankana Sahib, Guru Nanak’s birthplace, on his birthday on Nov 28. But the sources indicated that November is out, as it will be the fourth anniversary of the 26/11 attacks, an issue that generates a lot of emotion in India.

If the prime minister were to go this year, the only window left is September-October. This seems to be too short a time to prepare for such a major visit. But given the prime minister’s desperation to go to Islamabad, anything is possible, said Chandra.

If indeed he has to go, sources said, a decision by Pakistan to release Indian prisoner Sarabjeet Singh and an in-principle agreement on Sir Creek, the disputed marshland in the Rann of Kutch in Gujarat, could well become the peg on which to hang the prime ministerial trip.

At the end of it all, it is the progress in 26/11 which holds the key, said analysts amid perception in some sections that India has gone soft on terror since the 2009 Sharm-el-Sheikh meeting between the leaders of the two countries, which sought to delink terror from the dialogue process.

Manmohan Singh has himself said many a time that he is keen to visit Pakistan, but a “proper atmosphere” has to be created.

During his meeting with Pakistan President Asif Ali Zardari on the sidelines of the NAM summit in Tehran Aug 30, Manmohan Singh had conveyed that expeditiously concluding the trial of the 26/11 perpetrators would be the biggest confidence building measure.

In Islamabad, Krishna said the prime minister will visit when the atmosphere is “ripe” and there is something “worthwhile”.

In an interaction with Indian journalists in Islamabad, Krishna forcefully rejected the contention that India had moved on from 26/11. “There is no question of bypassing 26/11,” he said.
By Manish Chand/IANS