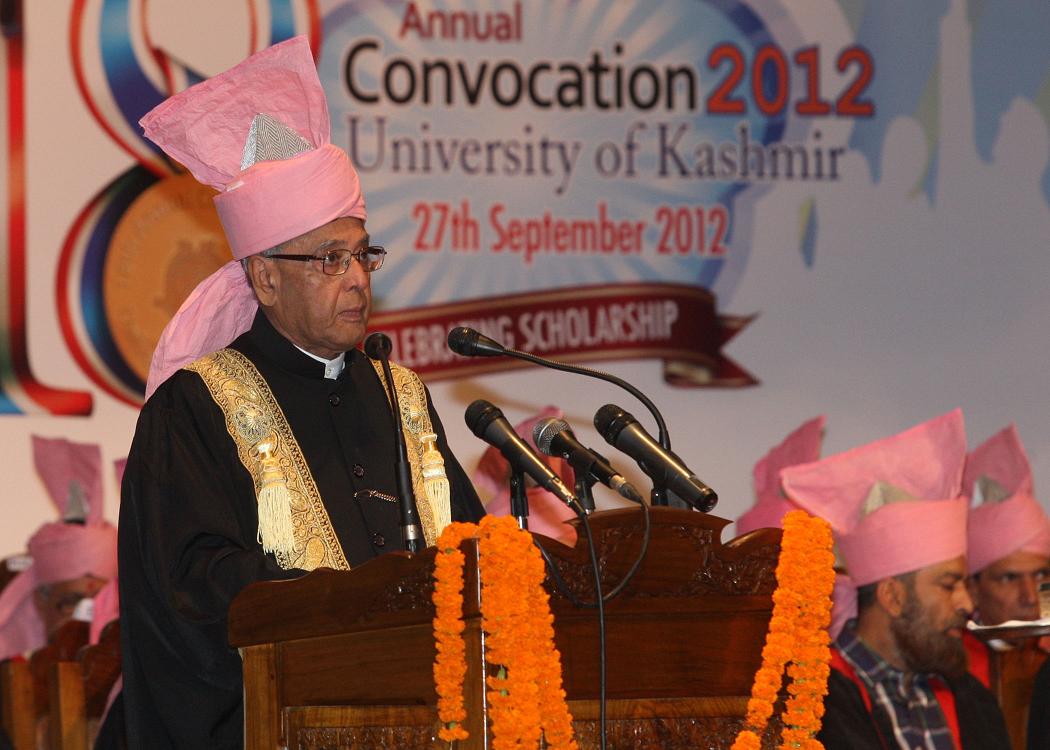 Srinagar: Amid complete shutdown called by the separatists; President Pranab Mukherjee visited the valley here to address the 18th convocation of Kashmir University. 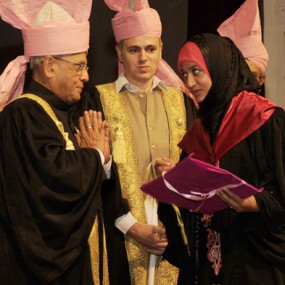 Police and Central Reserve Police Force (CRPF) were deployed in and around University to thwart the bid of militants to strike. No vehicle was allowed to stop while moving on the route as a security measure. The entire campus of Kashmir University was taken over by sharp shooters placed on multi-storeyed buildings inside the campus.

Hundreds of others specially-trained commandos ware guarding the convocation venue. 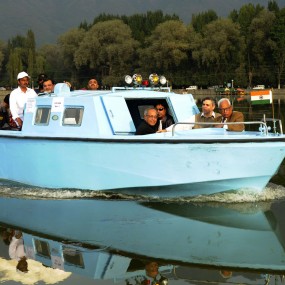 Local intelligence and state police have already carried out the antecedents’ verification process of all the students and scholars attending the convocation. Many of the 214 student toppers and 234 PhD and M.Phil scholars will be awarded their medals and degrees at the function.

The university authorities had given strict instructions to the participants to ensure respect to the National Anthem as in the past many had refused to stand up when the anthem was played. State governor N.N. Vohra, who is the chancellor of the University and Chief minister Omar Abdullah are attending the convocation.

President Mukherjee is also going to attend a meeting for preservation of the Dal Lake in the city later in the day.