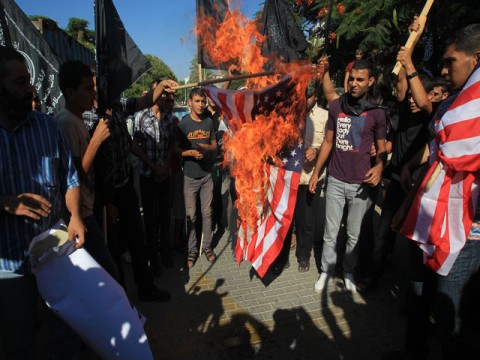 Srinagar: Jammu and Kashmir Police has registered 15 cases in various parts of the state against the uploading of anti-Islam video.”Police has initiated action against certain objectionable and blasphemous film clips that had surfaced on YouTube,” a police spokesman said today.

He said 15 cases have been lodged in different police stations of Kashmir Zone for trying to promote religious enmity among different groups on grounds of religion.

Recently, an anti Islam video created havoc all across the globe. Muslims protested and many people died in these protests. Few Muslim countries including Pakistan banned video sharing websites like YouTube in the light of these events.

The video has sparked anti-US protests across the Muslim world, including in countries like Egypt, Libya, Yemen, Tunisia, Sudan, and Afghanistan. Muslims started protesting against the film ‘Innocence of Muslims’, a movie made in the US that depicts the Prophet Muhammad in what Muslims say is a derogatory manner.