Two years back, students in my class started a social media page on Facebook called ‘Stand against Eve teasing’. One of the girls was eve teased on a dark city road and the apathy of those nearby made her believe that this was a cause worth fighting for. Over a few months the number of group members on the page swelled to 946, and while the physical leg of the campaign actively protested within city limits the page was able to enrage and garner the support of a number of people from across the country.

However, the campaign fizzled out in a few brief months and so did the eager infuriated posts on the page. The page is today being used as a people’s database, with various members posting anything from free recharge coupons to performance invitations.

So, whenever I receive an update from the group, I choose to ignore it.

What feels worse is that though the group has 946 members the campaign met its end because there was not enough physical support. Being motivated on Facebook or any other social media site is easier that being motivated in person. When the founders of the group organized a seminar with Pune city’s DCP Sanjay Jadhav to address the issue the number of attendees was abysmal.

This once again brings to my notice the extent to which we Indians are satisfied with armchair activism. Merely ‘liking’ many pages on sites such as Facebook helps us to shield ourselves from the actual truth that we do not actually contribute to solving the issue. Social Media networks are constantly inviting us to like pages and be part of the cause but the large question remains, ‘What does it mean?’ By merely spending two seconds of internet time consenting to an issue do we in all reality contribute to its betterment?

Does garnering online support for a cause eventually translate into ground action by the same large section that decidedly likes the page? I don’t think so.

Facebook even has a dedicated section specifically to cater to groups of this nature termed ‘Cause or Community’. This underlines that makers of these pages realise there is a large audience on these social networking sites that can be targeted with such pages. The question arises that how many of the members of a cause related group on Facebook actually like the cause and how many just like the page.

Take for instance the case of Female Foeticides. Female foeticide remains a key concern in Indian society with statistics indicating that nearly 10 million female foetuses have been aborted in the country in the past two decades alone. This means, that of the 12 million girls born in India, one million don’t see their first birthday due to the discrimination against girl child prevalent in Indian homes.

Even the official figures of the Indian 2011 census, state that the sex ratio in the 0-6 age group is at an abysmal 109.4 males for 100 females. It remains an enigma how a user liking a group page such as the 1,327 member rich page ‘Stop Female Foeticide’ contributes to altering this reality.

The reason there are so many causes on Facebook and such a large audience subscribes by them is the simplicity for the administrator in creating and supervising the page. The steps are easy. Create a page, tag it as ‘Cause or Community’, agree to Facebook Page Terms and the page is functional. Then using word of mouth or simply by inviting every e-friend that one has, a mini-community begins thriving. 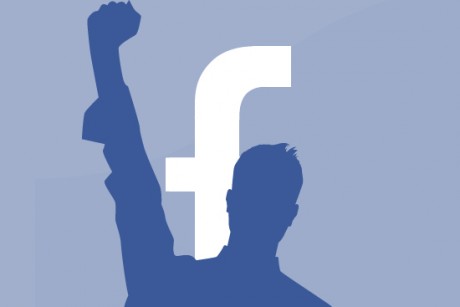 There are a lot of causes which have received monetary help from members on these pages such as the $74,105 raised by 19-year-old Michelle Miles cause ‘The Race to End Cancer’ that boasts of 6 million members who contributed for the Arkansas Children’s Hospital.

However, the cause pages do not even receive 1/10th of the support that the vague groups on Facebook do.

Two of the largest groups on Facebook are simply about forming the largest Facebook Group with 5.8 million members showing their support of the larger one. In light of such statistics, it no longer remains an assumption, that people treat Facebook groups as a social platform of interaction or increased visibility and causes are just a casualty on such forums.

Last year by July Facebook already had 28 million Indian users which is approximately 1/3rd of India’s internet using population. Indian users are the 5th largest user base on Facebook and trends indicate that we might be on our way to becoming Facebook’s 2nd largest user base by the end of 2012(in just 3 short years of Facebook having catered to Indian markets). With 47% of Facebook Indian users in the impressionable 18 to 24 year old category it makes it imperative to force upon the youth the importance of social work as compared to e-social work.

If this trend keeps growing exponentially, there may come a time when the number of those willing to contribute on the field dwindles and all social evils are eradicated on Facebook rather than in the real Indian society.