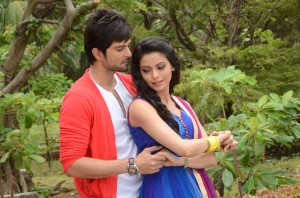 New Delhi: Aamna Sharif is making her comeback on the small screen with “Honge Judaa Na Hum” after a hiatus of five years and is set to create the magic with her fusion look in the show. She says that the stylists worked on her look for months.

The actress became popular as Kashish with her debut show “Kahiin To Hoga” and was later seen as a style icon. Be it her bright coloured-suits, her bindis, bangles, danglers or the saris, crazy fans followed her style statement religiously.

“After ‘Kahiin To Hoga’ there are a of lot expectations regarding my look in the show. There is an entire team that has been working on my character’s look, costumes and make-up for almost three months,” said Aamna over the phone from Mumbai.

“I am going to wear a lot of Indian wear including anarkalis as well as kurtas and churidar. I will also be wearing a lot of Indo-Western clothes. There is a completely different look to what Muskaan would be wearing at home,” she added.

Her entire look is taken care of by television designer Shivani Shirali, who has styled for shows like “Dil Mil Gaye” and “Iss Pyaar Ko Kya Naam Doon”.

She will essay the lead role Muskaan in “Honge Judaa Na Hum” that goes on air Monday on Sony. It is a romantic saga also starring actors Raqesh Vashisht and Aamir Ali.

Aamna is both surprised and happy to see the television industry so organised and said: “There are a lot of changes. I did not expect everything to be so organised. The involvement of the entire team is so much, which generally happens in films.

“We have been doing a lot of workshops. Even they know what all is required when we go on the sets. All these things were not like that earlier. Now a lot of detailing goes into everything,” she said.

After “Kahiin To Hoga” wrapped up in 2007, the actress tried her luck in Bollywood.

She made her silver screen debut with Aloo Chat” in 2009, and then went on to do films like “Aao Wish Karein” and “Shakal Pe Mat Jaa”.

Although she couldn’t replicate small screen success on silver scree, Aamna says it was worth the experience.

“Overall my film journey was good. Some of the projects that I took were good whereas some were not that good but that is a part and parcel of life. All this makes you grow in terms of experiences.

“It made me a better actor and taught me that I need to be very careful in terms of what is the next project that I take up and I would be now,” said the 30-year-old.

“The reach of television is far more as compared to films unless you have become a superstar and one film in two-two years does not make people forget you. In TV, connectivity is much more because the audience is seeing you almost every day,” she said.

There is a very thin line of difference between both the mediums now.

“Nowadays film producers and directors are more than happy to cast a TV actor because they carry a lot of good things with them and they already have an audience who know them.”

But what took her so long to make a comeback on television?

“My last show ‘Kahiin To Hoga’ was a success and my character was loved by people so I did not want to do anything that is not of the same level. So I just could not take up anything for the heck of it,” she said.